Protocol is holding back devolution: Dodds

The DUP’s Upper Bann MLA Diane Dodds has reminded the Secretary of State that the reason the NI Assembly and Executive is not functioning is because of the Protocol imposed by his Government. 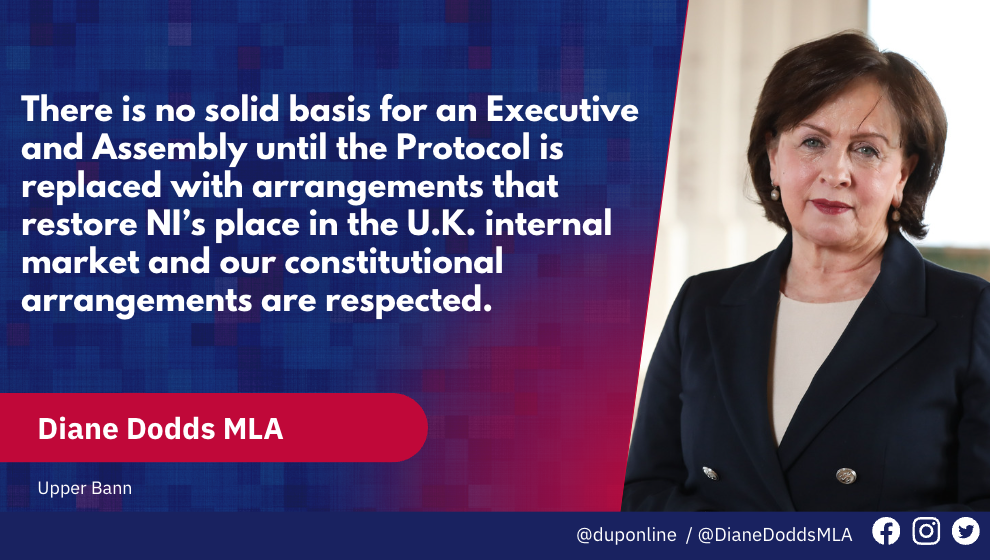 “The Secretary of State is gravely mistaken if he thinks adjusting MLA pay and erecting delays to energy payments will lead to a restoration of devolution.

There is no solid basis for an Executive and Assembly until the Protocol is replaced with arrangements that restore NI’s place in the U.K. internal market and our constitutional arrangements are respected. The Government need to deliver that either through the Bill or through negotiations which deliver a similar outcome.

The Government and the EU have been aware of our consistent position regarding the sustainability of Stormont since February 2021. Successive Prime Ministers and Secretaries of State have squandered that time rather than addressing the problem.

For those who have forgotten, political progress in NI was hard won and is built on the support of unionists and nationalists. Not one unionist MLA supports the Protocol. The idea that one section of our people will dominate the other and ignore unionists can never produce durable or balanced outcomes.”