“Protocol continues to cause significant issues for medicine supplies” Cameron

The DUP’s Health Spokeswoman Pam Cameron MLA has expressed her concern at the warning from the Health Minister, that the Northern Ireland Protocol continues to raise significant issues for the supply of medicines into Northern Ireland. 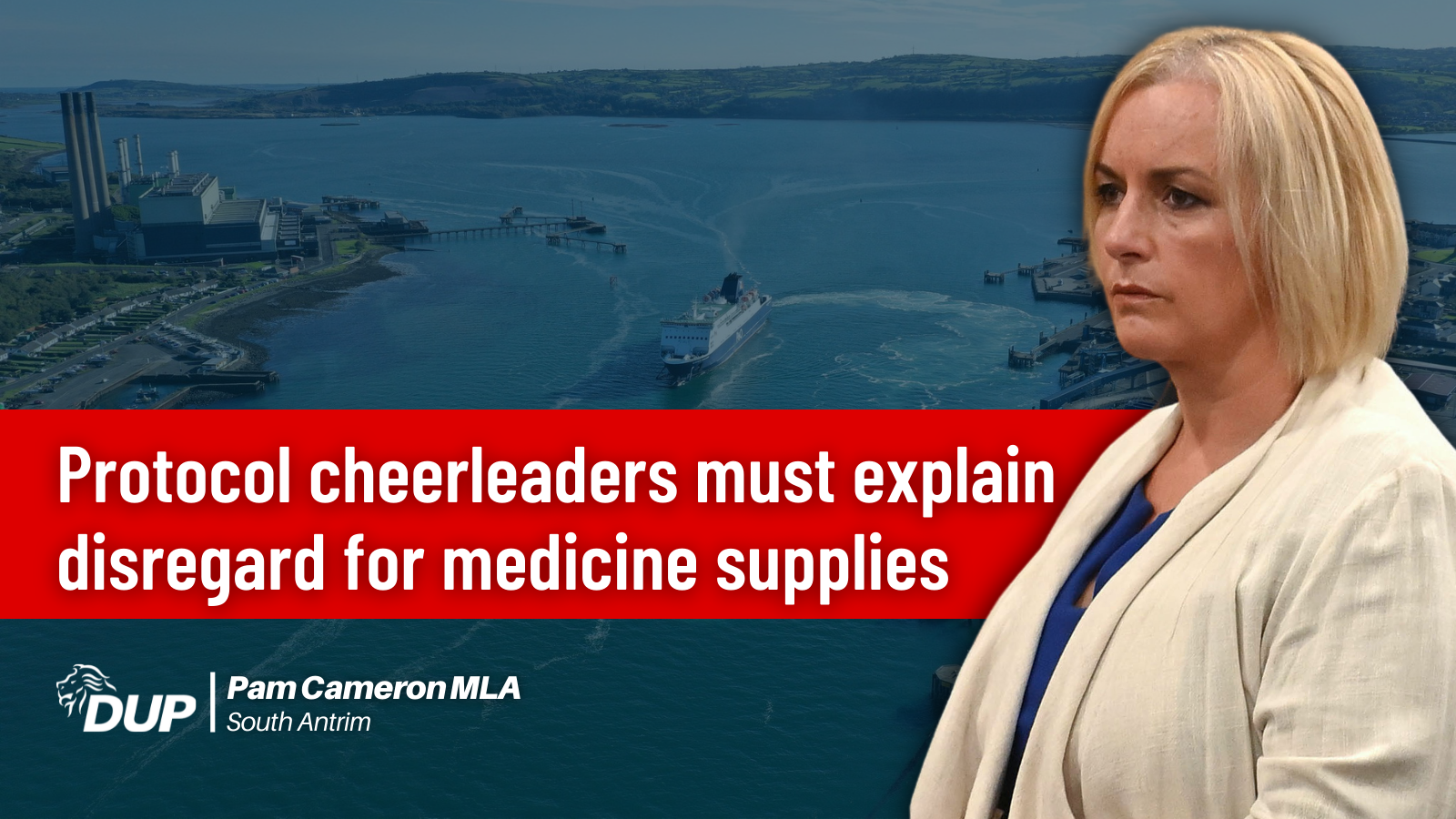 Mrs Cameron has called on those cheerleading for the Protocol to explain their support for this scandalous situation.

“It is extremely concerning that the Health Minister has confirmed to me that the Northern Ireland Protocol is continuing to cause significant issues for the supply of medicines into Northern Ireland.

The bulk of our medicines are supplied from Great Britain and the European Union should not have any role whatsoever in 'allowing' medicines to be supplied to Northern Ireland.

Despite the bluster and claims of some great act of generosity from the EU before Christmas on the issues of medicines, it is clear that their intransigence is continuing to have a negative impact upon the health of all our people.

This comes as no surprise, given just over a year ago the EU were triggering Article 16 to stop vaccines coming to Northern Ireland.

The Health Minister has been clear in his answer regarding the continuing impact of the Protocol, it now falls to those cheerleading for its implementation, to explain why they support this scandalous situation.”