DUP Leader Sir Jeffrey Donaldson MP has said the Secretary of State should recognise that the Protocol is the blockage to restoring devolution rather than unionists. 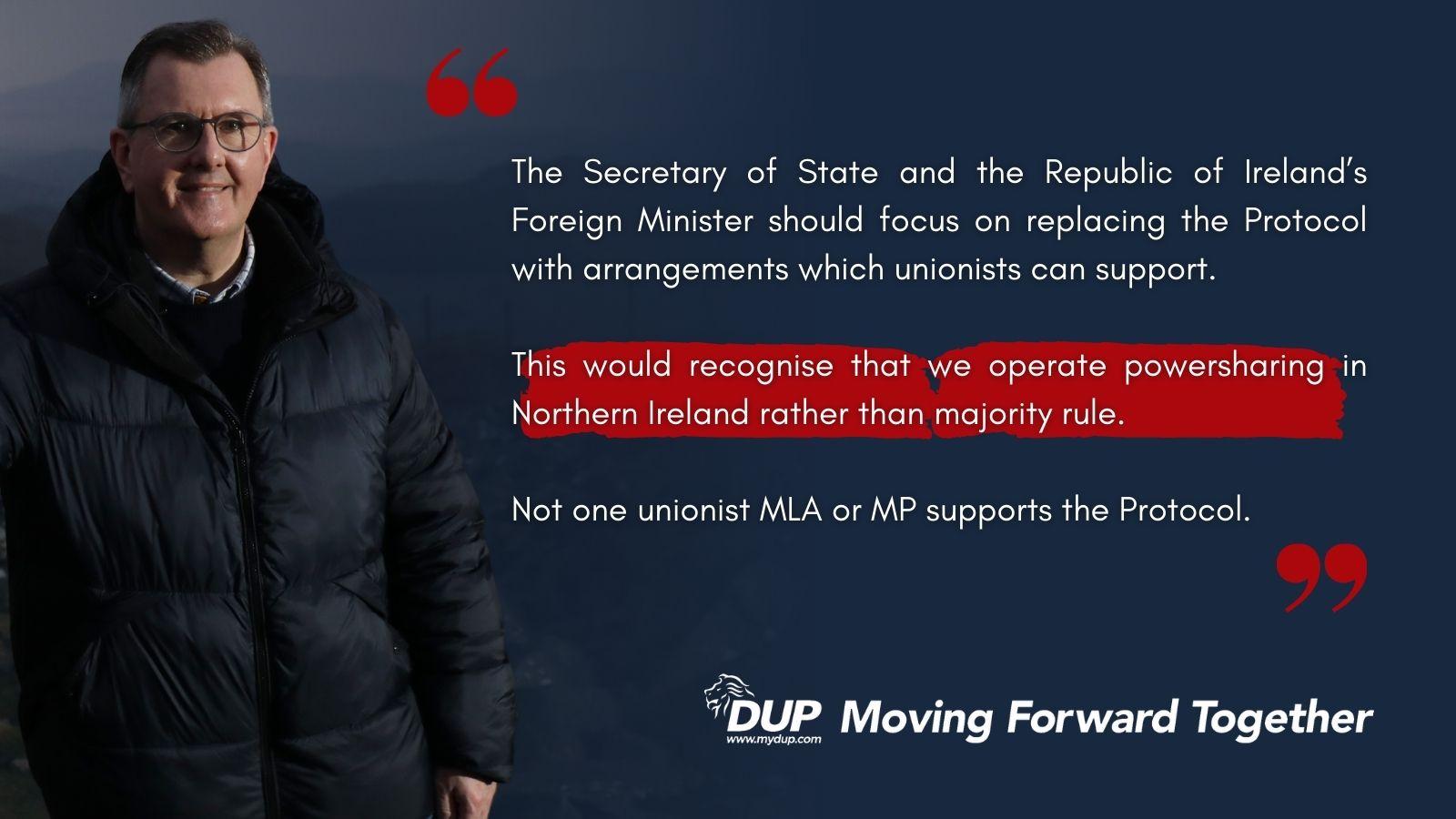 “The Protocol is driving up the cost of bringing goods from Great Britain to Northern Ireland. It is making our roads, schools, hospitals, and houses more expensive to build because of a 25% tariff on steel. It is placing our human and veterinary medicine supplies at risk. It is undermining the Union and undermining the foundational stones of devolution.

The Secretary of State and the Republic of Ireland’s Foreign Minister should focus on replacing the Protocol with arrangements which unionists can support. This would recognise that we operate powersharing in Northern Ireland rather than majority rule. Not one unionist MLA or MP supports the Protocol.

There were over two years of negotiations, yet the EU failed to recognise the flaws of the Protocol or change their negotiating mandate. Repeatedly telling us “there will be no renegotiation”. I would love to see a negotiated outcome but there appears to be little interest in either Brussels or Dublin to recognise the concerns of unionists.

The NI Protocol Bill represents progress, but the Government should expedite it through its legislative processes. Those seeking to delay and derail the Bill are only delaying the return of devolution.

We have a mandate for our opposition to the Protocol and it must be respected.”