Progress is only made by consensus – Sir Jeffrey﻿

DUP Leader Sir Jeffrey Donaldson MP has urged the UK-EU Inter-Parliamentary Partnership Assembly in Westminster to recognise that consensus is the only way forward in Northern Ireland and that without unionist support the Protocol was always doomed. 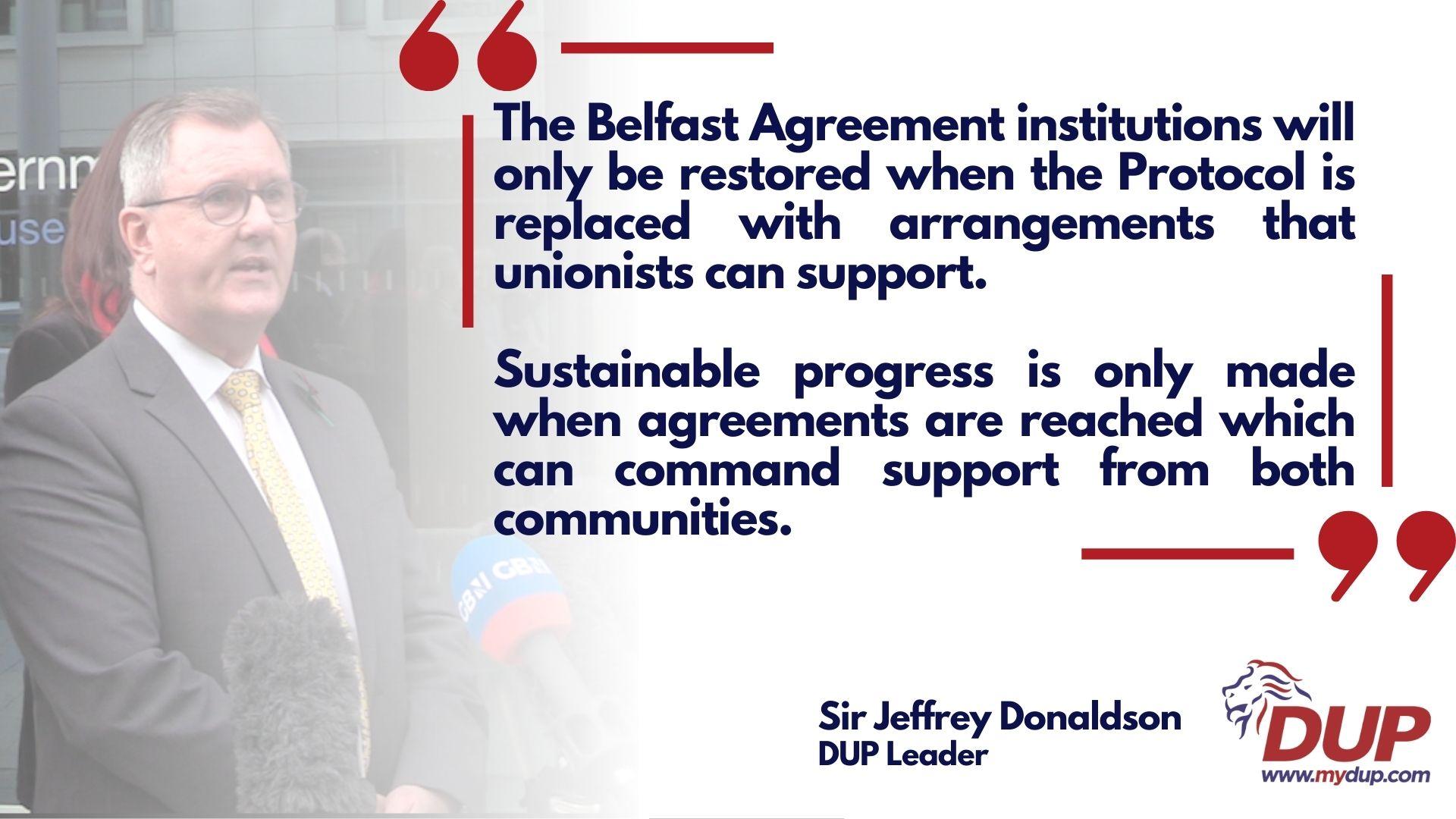 “Yesterday Parliament unveiled a portrait of the late John Hume. He was known for his single transferable speech which had consensus politics at its heart.

The reason why we have no functioning east-west, north-south and Stormont institutions is because consensus was abandoned in favour of the Northern Ireland Protocol more than two years ago.

The Belfast Agreement institutions will only be restored when the Protocol is replaced with arrangements that unionists can support. Sustainable progress is only made when agreements are reached which can command support from both communities. Not one unionist MLA or MP supports the Northern Ireland Protocol.

Whether through the NI Protocol Bill or through negotiations which deliver a similar outcome, Brussels and London must dedicate themselves to learning from the mistakes of the past and tirelessly working to reach a place of consensus.”