Chair of the Assembly's Infrastructure Committee Jonathan Buckley has said that delays and problems in the planning system are costing jobs and livelihoods. 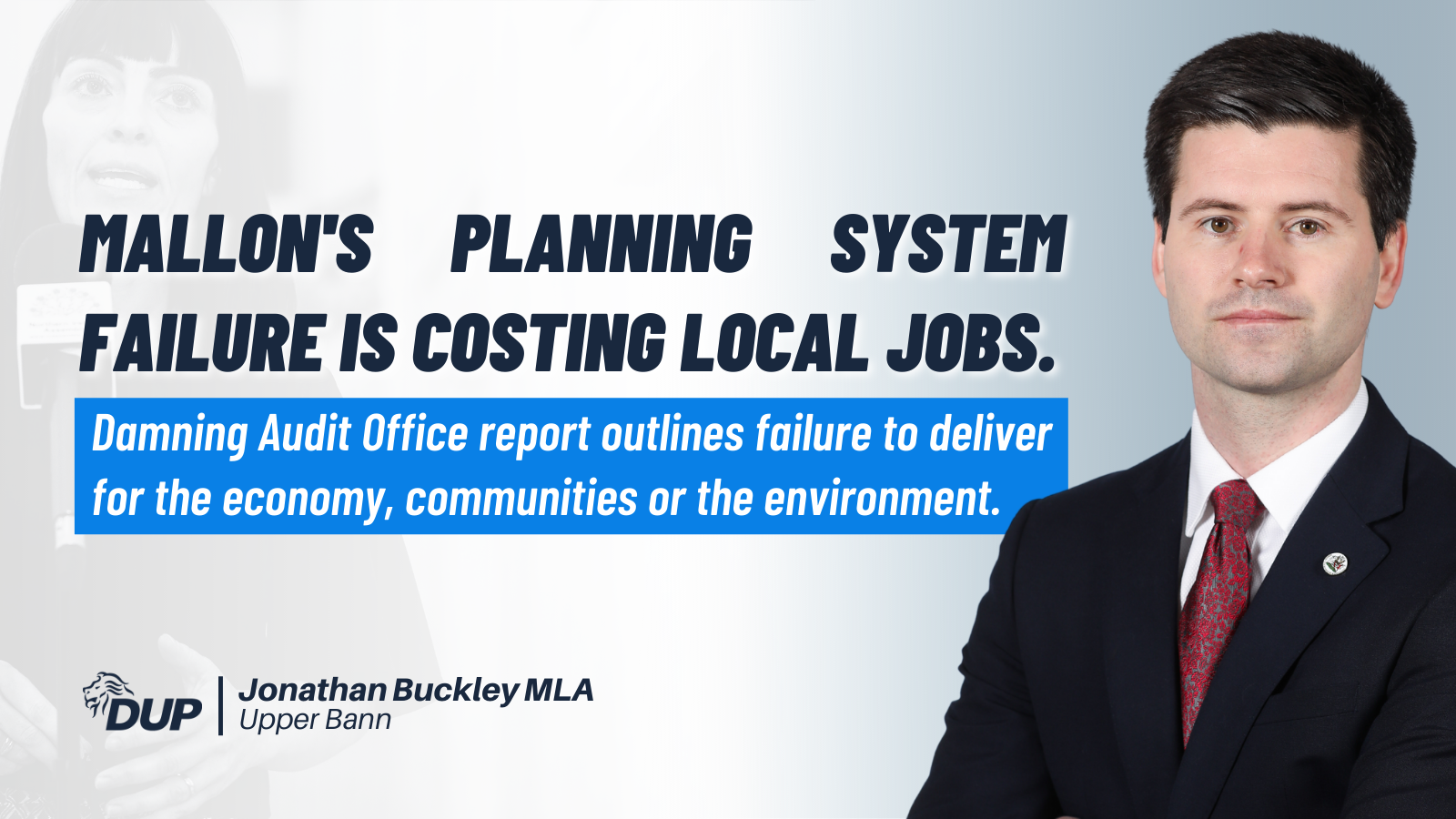 The DUP MLA said, "The Audit Office's recent report was damning in its assessment of the planning system in Northern Ireland and how it's failing to deliver for the economy, communities or the environment. The Department for Infrastructure's review of the Planning Act was a missed opportunity and we continue to see Northern Ireland left behind in terms of securing jobs and investment.

We see significant applications in the Republic of Ireland dealt with more efficiently as they compete with us for investment. The Infrastructure Minister has not taken a grip of the situation and it is costing jobs and livelihoods here.

One major company has said clearly they are turning their back on Northern Ireland and we need to learn lessons and quickly take action to deliver a planning system that is fit for purpose. There is no reason why major planning applications should be stuck in the system sometimes for years on end. That should be a clear red flag indicating failure.

We already know that the Northern Ireland Protocol is harming our economy. There is no rush of investment, rather a continual drain on our economy. Given the challenges we face we should not be putting unnecessary burdens in the way of applications which are of major benefit. There needs to be a major overhaul of the system."