The DUP's East Antrim MP Sammy Wilson and East Antrim MLA Gordon Lyons have reacted to news that P&O are to make all of their current staff redundant with immediate effect and cease operations for one week. 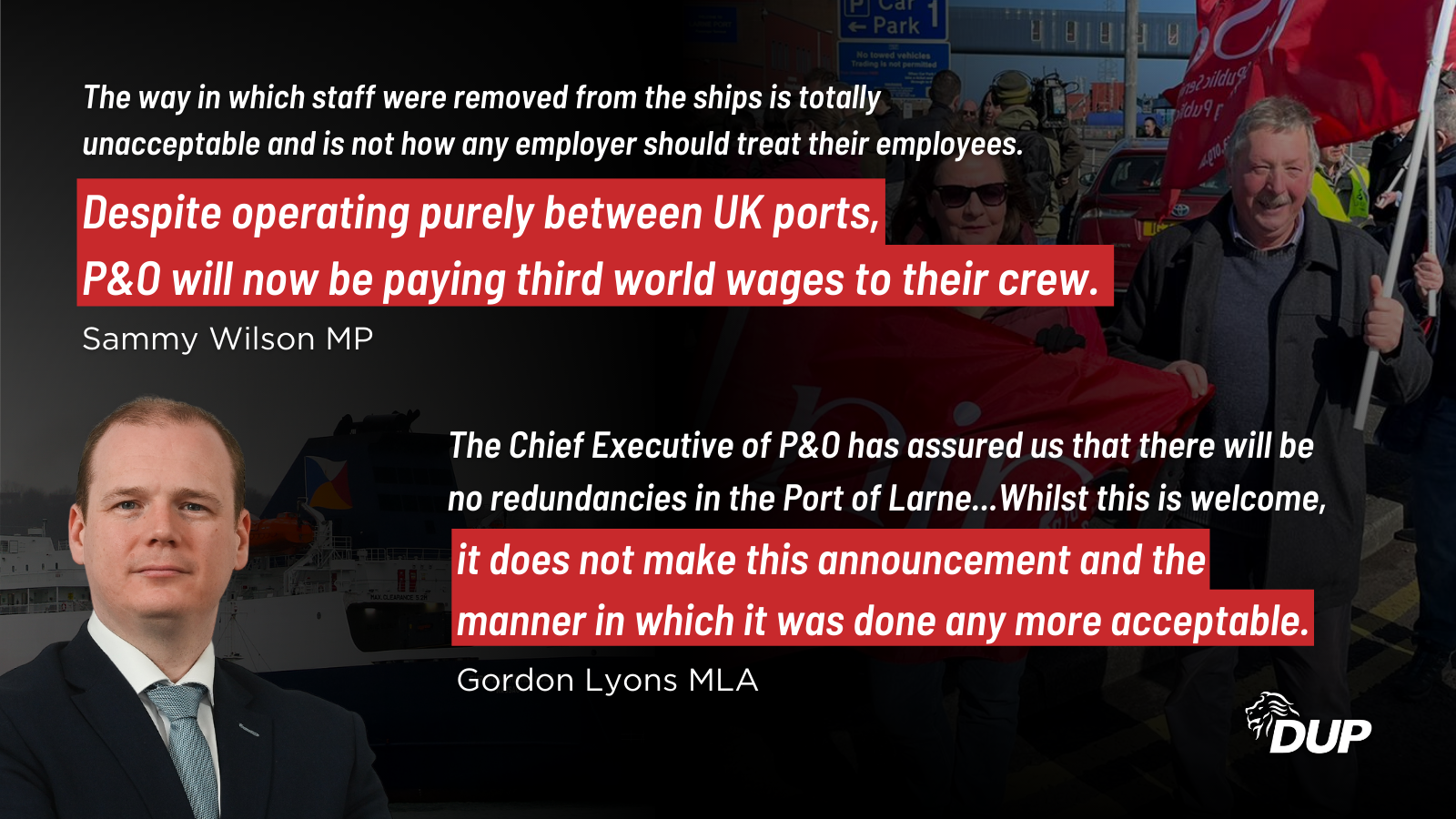 Sammy Wilson MP said: Earlier today I spoke with the Chief Executive of P&O regarding the decisions the company have made in respect of their shipping operations in Larne and throughout the UK.

I expressed my concern at the manner in which the staff, who are to be made redundant, have been treated. I have been assured by the company that staff will be compensated for the lack of notice of termination.

The way in which staff were removed from the ships is totally unacceptable and is not how any employer should treat their employees.

Despite operating purely between UK ports, P&O will now be paying third world wages to their crew. This raises serious concerns about the company’s morality."

"This decision will have an impact on the wider Northern Irish economy. The company have informed us that it will be another week before ships can operate from Larne Port. Whilst customers have been directed to Belfast Port in the short term, they will not have the capacity to ramp up operations in a sufficient manner to accommodate demand.

With over half of all our freight moving through Larne Port, this announcement will also cause supply problems for companies and supermarkets in Northern Ireland, as well as those firms based here who sell to GB.

The Chief Executive of P&O has assured us that there will be no redundancies in the Port of Larne and that the company will be making an investment in the future to enhance the attractiveness of the Port. Whilst this is welcome, it does not make today’s announcement and the manner in which it was done any more acceptable. "