Economy Minister Gordon Lyons has visited Kilroot Power Station to hear about plans to enhance security of supply and produce electricity in a sustainable and environmentally friendly manner. 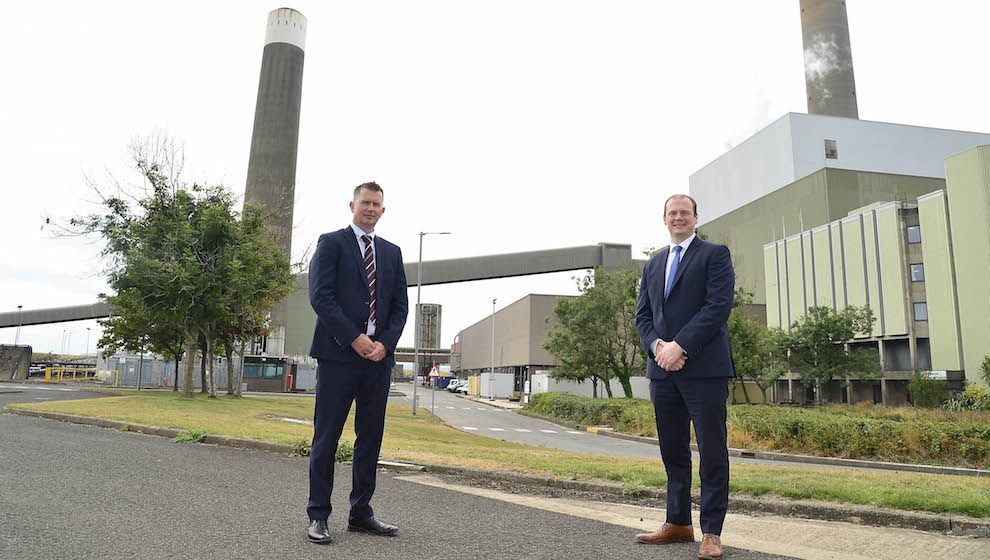 The Minister toured the Power Station and met with representatives from owners EP UK Investments (EPUKI).

Speaking after the visit, the Minister said: “My Department and I are committed to the vision set out in the Energy Strategy consultation for net zero carbon and affordable energy and look forward to working with EPUKI in reaching this goal. Kilroot and Ballylumford Power Stations are vital to the security of electricity supply in Northern Ireland and can play a key role as we move towards ending the use of coal and aim for increasingly greater levels of low carbon and renewable electricity to ultimately replace fossil fuels.

“I welcome the investment by EPUKI in the creation of Kilroot Energy Park which aspires to be the largest ever single investment in electricity generation in Northern Ireland. I was interested to hear how the Park seeks to become a centre of excellence and the proposal to build an Education and Learning Centre. Such a resource will allow students and visitors to come and learn about how they intend to produce electricity in a sustainable and environmentally friendly manner promoting better understanding on the vital role of energy production."

Ian Luney, Commercial Director of EP UK Investments, commented: ‘’I was delighted to host Minister Lyons at our Kilroot site this morning. EPUKI are at an exciting phase as we move forward with ambitious plans for our power stations in Northern Ireland, and particularly the Kilroot Energy Park. This will ensure the transition towards lower carbon generation as well as protecting security and stability of supply for Northern Ireland through the continuation of indigenous dispatchable generation. Our plans will result in significant investment of over £600m in the local economy and will also safeguard jobs at this location. The Department for the Economy has a vital role to play in the development of an Energy Strategy for Northern Ireland and we look forward to continuing to work with them as we seek to play our part in the low carbon transition of Northern Ireland’s economy.’’