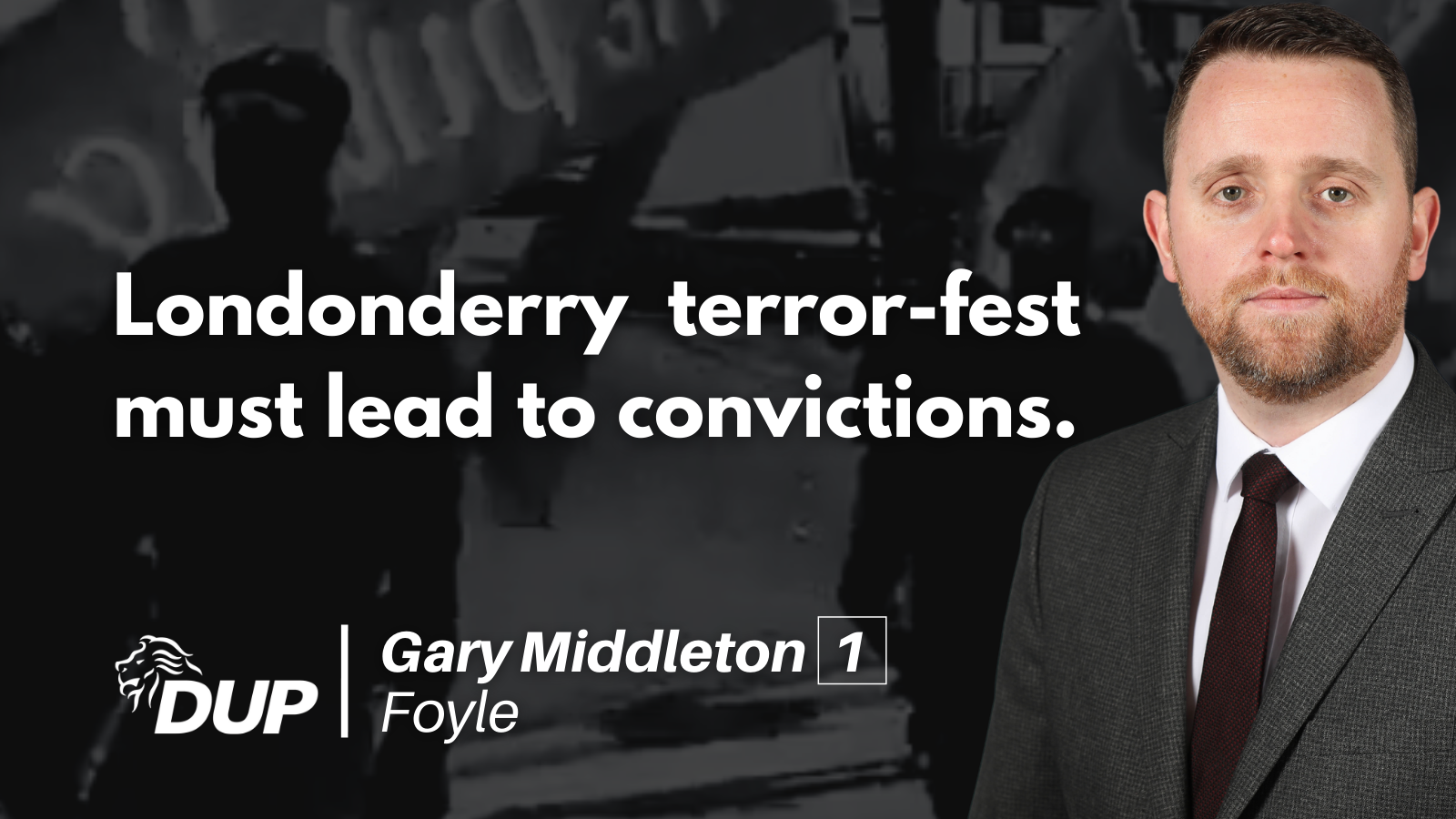 “Last year the DUP in Londonderry challenged the police about the lack of arrests following shows of strength where gunmen were on the streets.

Between January and August 2021 there were six republican shows of strength with guns being used. Of those six incidents, no arrests were made and no prosecutions followed.
This isn’t good enough. Whilst the people in the wrong are the terror-supporting masked men, there must be a strong law and order response.

I spoke with the police several times in advance of this latest terror-fest and highlighted the need for prosecutions following any breach of the law.

I trust that arrests will be made and prosecutions will follow.

The display of terror sends the wrong signal to young people about the use of violence. Terrorism was wrong in the 70’s and it’s still wrong today. That’s the message that needs to be sent from every platform.

Whilst some critique gunmen in 2022, they can be found on platforms celebrating gunmen in the 70’s, 80’s and 90’s. This sends a confusing message to the youth of today. Everyone should be unequivocal about terrorism. It was always wrong."