Middleton - Is continued disrespect Sinn Fein's vision for the future?

DUP MLA Gary Middleton has said there is a need for leadership from Sinn Fein and called on Michelle O'Neill to spell out whether repeated incidents of disrespect represents her vision for how Sinn Fein is going to work with people from a different background and tradition. 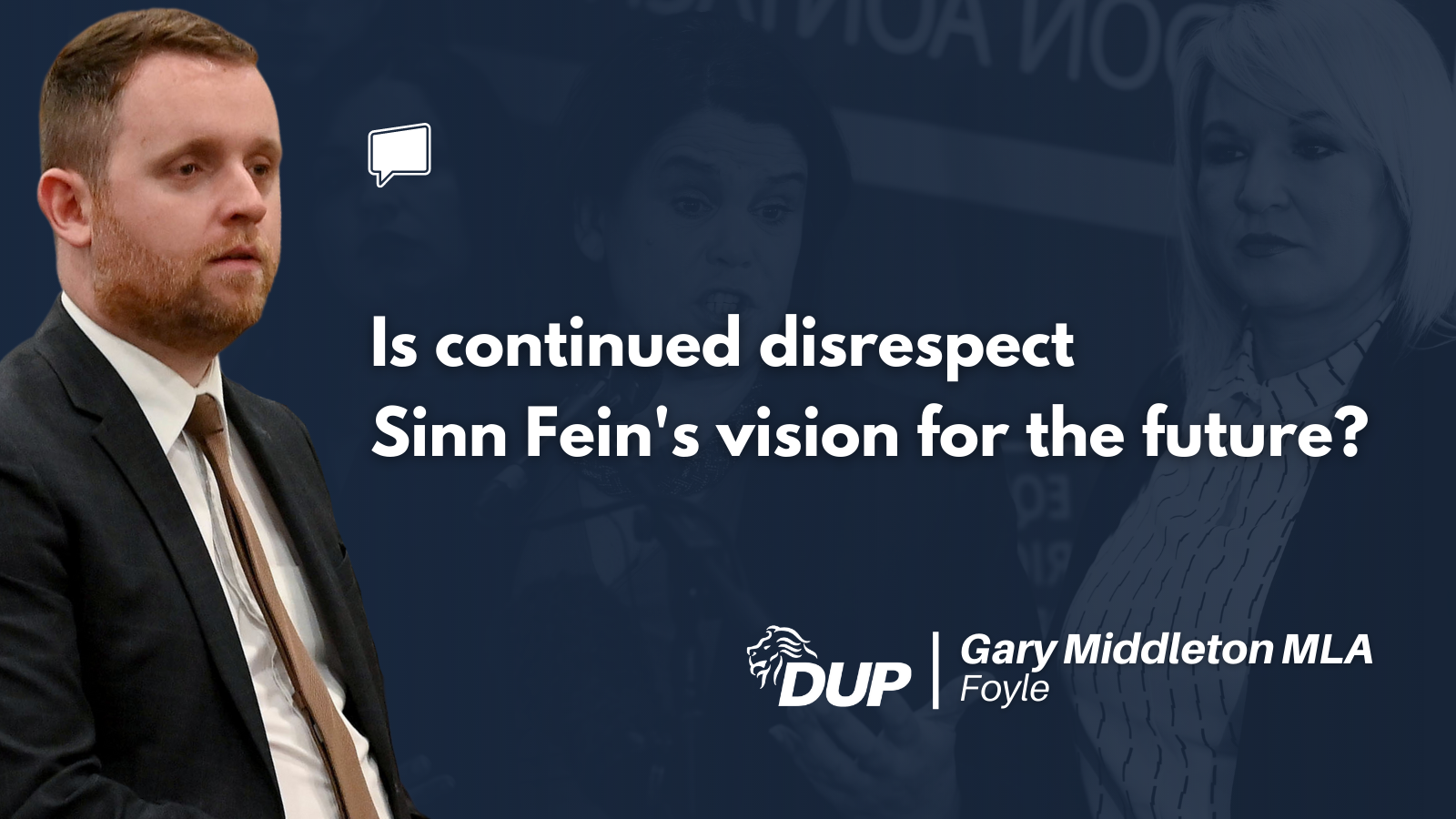 He said, "Michelle O'Neill is attempting to position herself as a potential leader of Northern Ireland. In recent months Mary Lou McDonald has repeatedly told us how wonderful a united Ireland would be for people with a British identity. Behind the words however, the actions of Sinn Fein recently have been to repeatedly poke unionists in the eye.

The Queen has led by example in terms of reconciliation in Northern Ireland and her meetings with Sinn Fein leaders were a demonstration in the past that difficult steps were possible. Under Mary Lou McDonald and Michelle O'Neill however Sinn Fein now appear incapable of even the simplest or smallest gesture towards people from a different background or tradition.


It's high time there was a demonstration of some real leadership from within Sinn Fein. Even when there were some within Sinn Fein who spoke out about Gerry Adams offensive video in December Michelle O'Neill was quick to close down any criticism and tell us he had nothing to apologise for. That is not the mark of someone who can credibly provide positive leadership for everyone in Northern Ireland.

This pattern of behaviour must be challenged and highlighted. The current Sinn Fein leadership also need to step forward and tell us if the actions of their party at every level in recent weeks represents their vision of how they want to work with people who don't share their narrow republican outlook."