The DUP’s East Antrim MLA Gordon Lyons has described the forthcoming election as an opportunity for the people of Northern Ireland to call time on Sinn Fein’s campaign of disrespect. 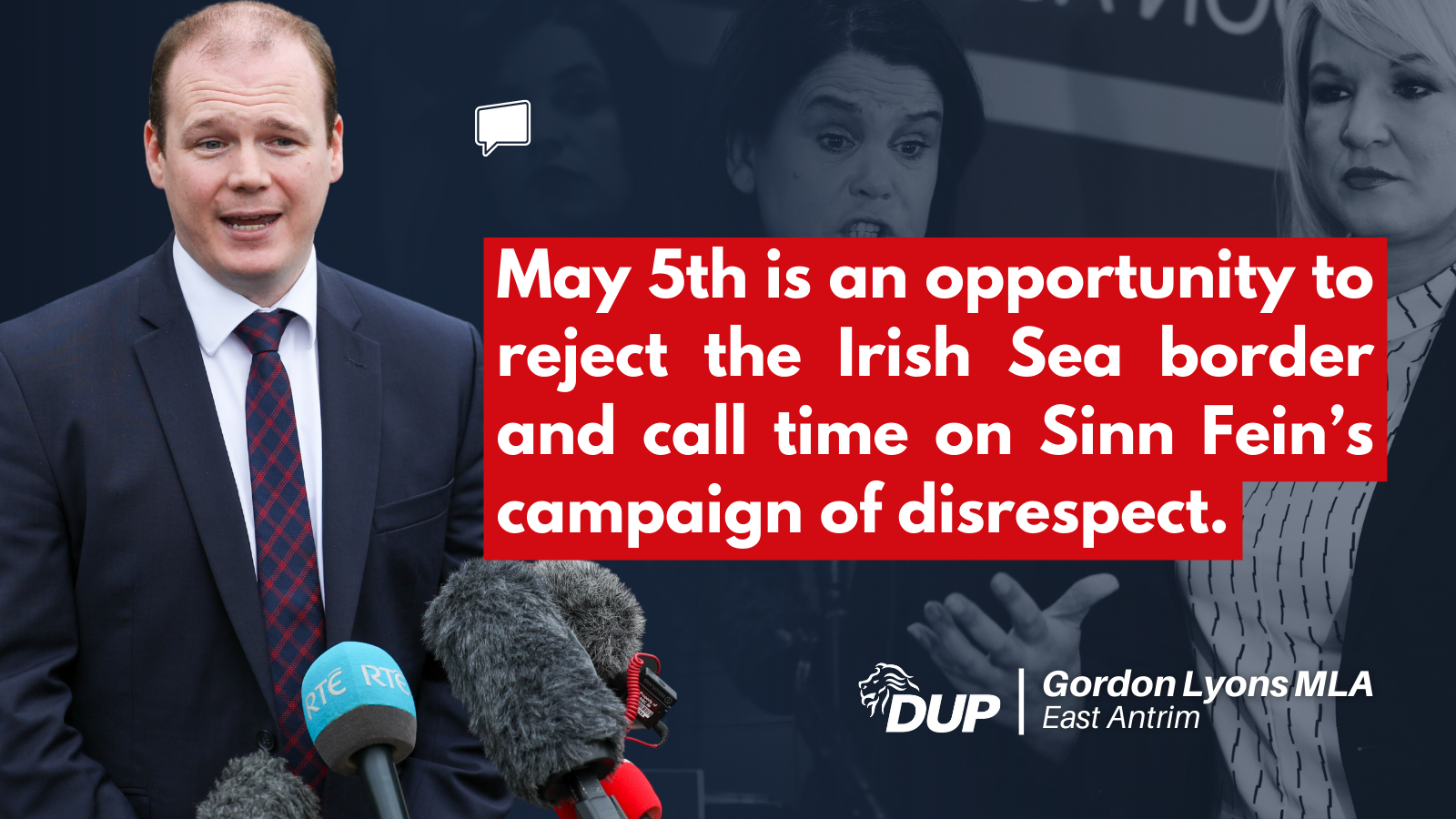 Gordon Lyons was speaking following conformation from the Secretary of State that the NI Assembly election will be held on May 5th.

“The political institutions in Northern Ireland were re-established on the basis that they would deliver better outcomes for all of our people. Progress can only be made when unionists and nationalists move forward together with mutual respect.

Since their restoration, Sinn Fein have abused the political institutions to repeatedly and premeditatively insult their unionist neighbours. This calculated campaign of intolerance has been used to derail and disrespect any event or commemoration, which is of significance to the unionist community.

Be it the planting of a rosebush, the dedication of a tree, attendance at a cross community church service or the illumination of a building, none of these acts could escape Sinn Fein’s blinkered bigotry.

Enough is enough. This pattern of behaviour cannot continue unchecked or go unchallenged.

The people of Northern Ireland now have the chance to restore fairness and mutual respect to heart of our political institutions, by using May 5th as an opportunity to reject the Irish Sea border and call time of Sinn Fein’s campaign of disrespect.”