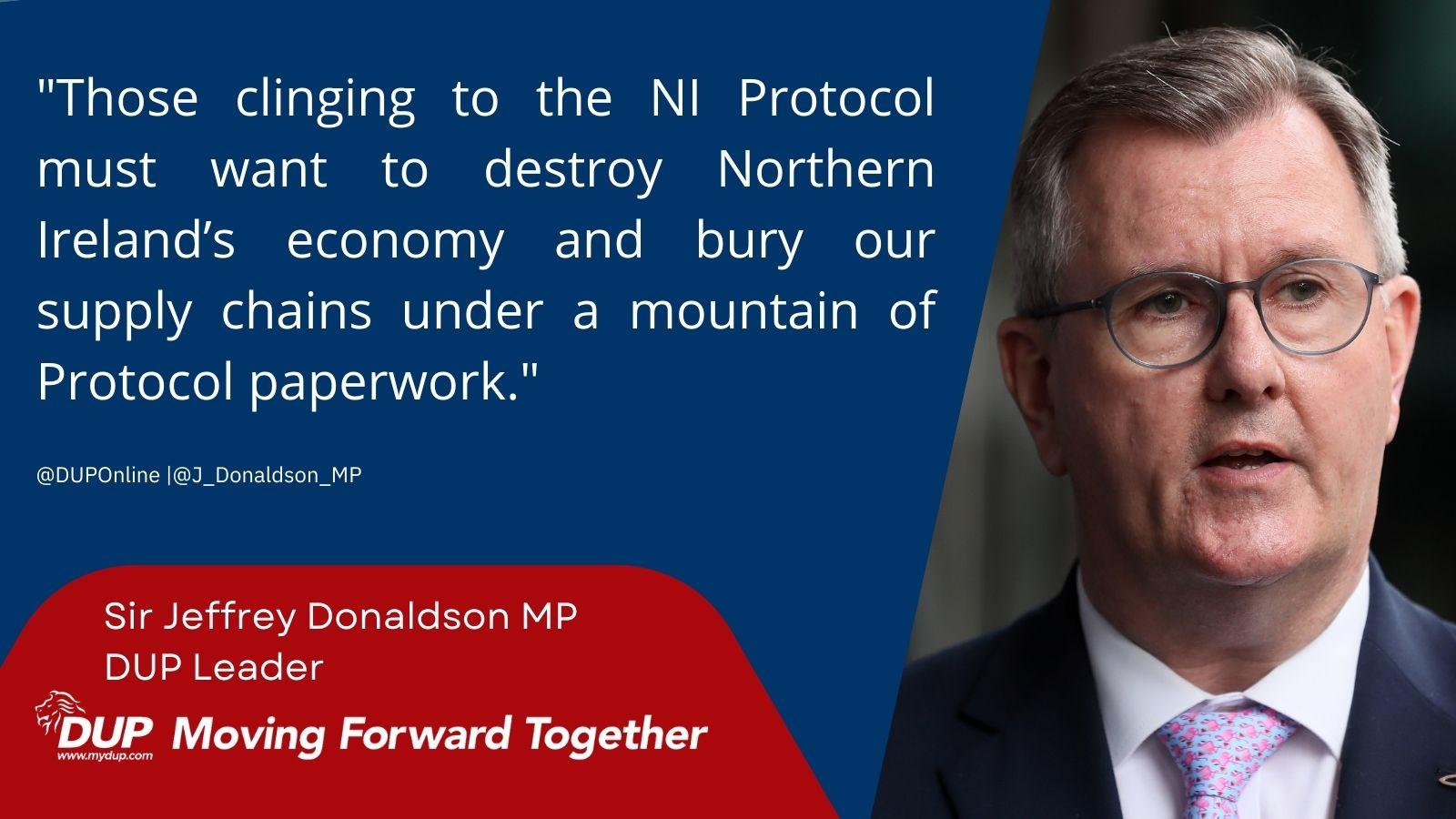 “Last year over ten thousand businesses had to declare the movement of goods from one part of the United Kingdom to another. This is constitutionally wrong.

95% of those businesses depended on the Trader Support Scheme to help them with the paperwork and the Government has confirmed that the maintenance of the TSS is costing almost one million pounds per day. That money would be better spent elsewhere in our public services if the Protocol was replaced by sensible arrangements.

The ONS data published today also points to Northern Ireland lagging behind other UK regions in terms of economic growth.

Just last week it was confirmed that steel coming from GB to NI will have a 25% tariff slapped on it thereby escalating the cost of building roads, schools, hospitals and houses.

Those in Sinn Fein, the SDLP and Alliance Party who cling to and defend the NI Protocol really need to spell out why they support it. They must want to destroy Northern Ireland’s economy and bury our supply chains under a mountain of Protocol paperwork.

I am glad the NI Protocol Bill is being advanced. The incoming Prime Minister must keep it moving at pace in the Lords and ensure that we are able to roll back the economic and constitutional damage of the NI protocol.”