Help for families welcome but Chancellor could have done more: Wilson

East Antrim MP Sammy Wilson has said the measures taken by the Chancellor to assist with the cost of living crisis are welcome but more could have been done to help. 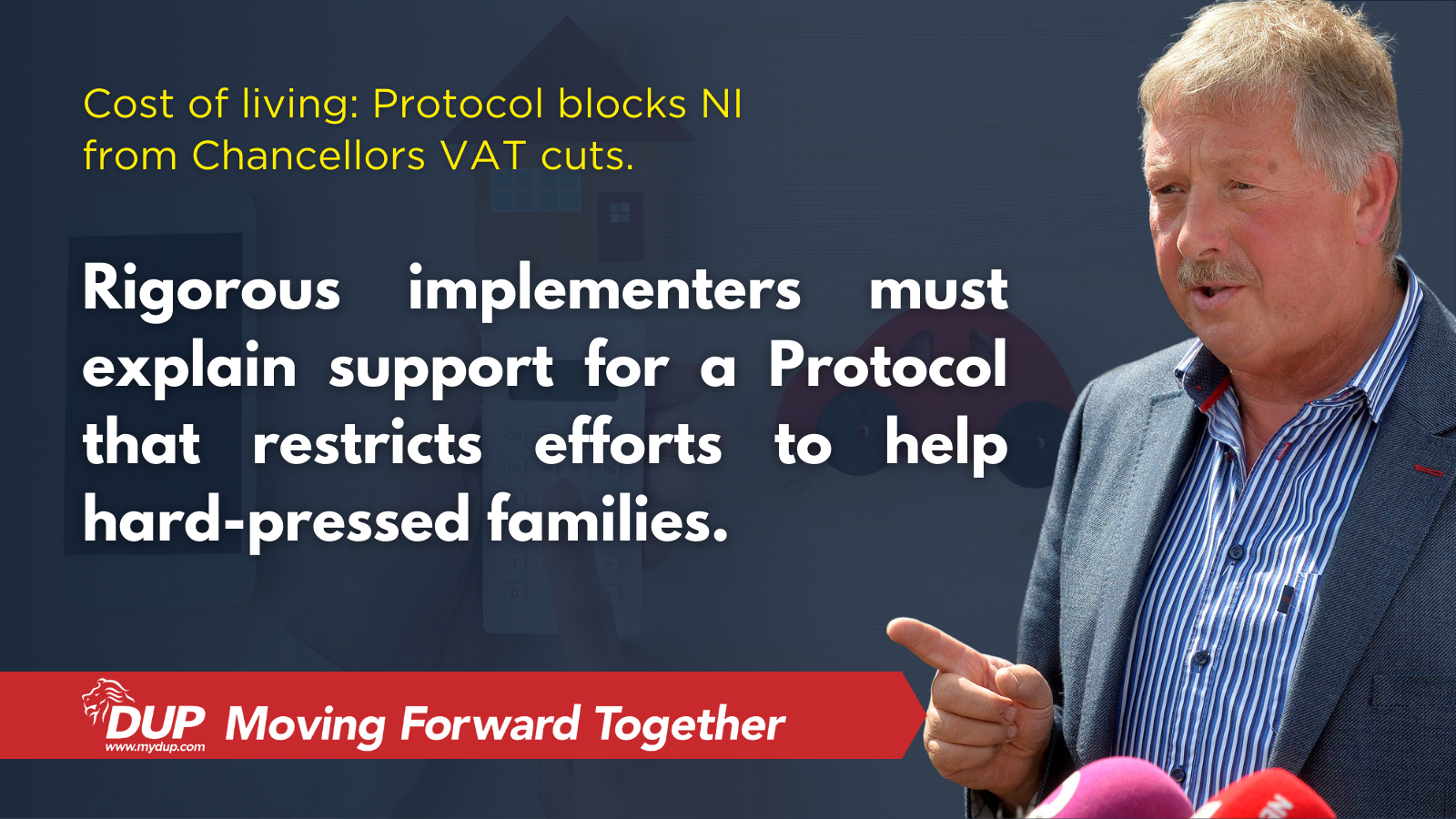 Speaking after the Chancellor announced his Spring Statement the DUP MP said:

"It would be churlish not to accept that the Chancellor has taken action which will help people who are struggling with the cost of living currently. Raising the threshold for National Insurance contributions and the reduction in fuel duty will all make a difference to family budgets.

However, it is disappointing that more wasn't done given the Chancellor has had additional tax revenue from inflation and from the quicker than expected recovery in economic growth as we emerge from the pandemic. Those could have allowed him to be more ambitious in the assistance provided.

The reduction in fuel duty could have gone further, particularly when we look to other countries and the steps they have taken. There was also no mention of postponing the change in the red diesel rebate, something which will hit the construction and haulage industries hard. It is particularly notable that the announcement to scrap VAT on energy efficiency measures cannot be applied to Northern Ireland because the Protocol ties us to the EU VAT regime.

Those who have been cheerleaders for the Protocol and who have demanded its rigorous implementation need to step forward and explain why they continue to support something which is restricting efforts to help hard-pressed families cope with rising costs.

Strikingly within the Chancellors statement, he started off by highlighting the impact of the Russian invasion of Ukraine and the threat posed by Putin to our way of life. He talked about the need to take long-term strategic decisions yet there was no long-term strategic focus on our defence spending. The invasion of Ukraine has highlighted the need to have armed forces who are capable of responding to such a threat. If the threat from Putin continues, or he moves his attention beyond Ukraine then the demands on our armed forces will increase.

That demands a commensurate increase in defence spending. The Chancellor is going to have to address those challenges in the coming months alongside the pressures that will families will continue to face.