DUP MLA Deborah Erskine has called on Health Minister Robin Swann to explain his latest U-turn on covid passports which are not now due to be debated by MLAs until 13 December. 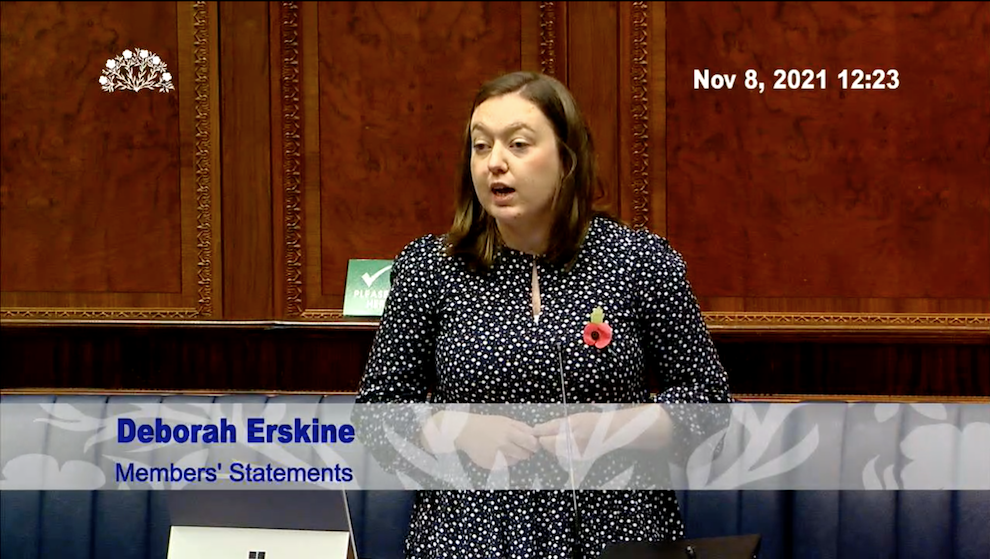 Mrs Erskine’s remarks come after the Health Minister contradicted his Department’s press release by making the scheme operational in advance of a vote by the Northern Ireland Assembly.

“The entire Covid passport scheme has been appallingly handled, leading from one Ministerial U-turn to the next. It has been rushed and left those impacted most in the worst of all worlds.

Late on Friday night, in a Department for Health issued press release, the Minister informed the public that the regulations would require NI Assembly approval before becoming operational.

But in yet another U-turn and without the approval of the Northern Ireland Assembly, the Minister brought his scheme into operation yesterday but only for licensed premises rather than the wider scope as proposed to the NI Executive.

This latest move completely contradicts what the Minister promised the hospitality industry and the public. The people of Northern Ireland want to know where their MLAs stand on the issue of covid passports and why valuable time has been wasted on a proposal which lacks an evidential base rather than following the scientific evidence and accelerating the booster roll-out.

The Minister needs to explain his latest about-turn and outline why he is so hesitant to bring these proposals to the floor of the NI Assembly.

We call on other parties to join with us in opposing the introduction of this flawed and ill-thought-out scheme.”

“The regulations will be laid in draft form on Monday, but will require Assembly approval to become operational.”

DoH can confirm that Covid certification regulations will now be made and commenced today, rather than being laid in draft form only. Premises covered by the regulations will be required to comply from today