The DUP’s North Down MLA Stephen Dunne has said the ongoing silence from Communities Minister Deirdre Hargey on the Emergency Fuel Payment Scheme is unacceptable and she must bring forward a plan immediately to help households. 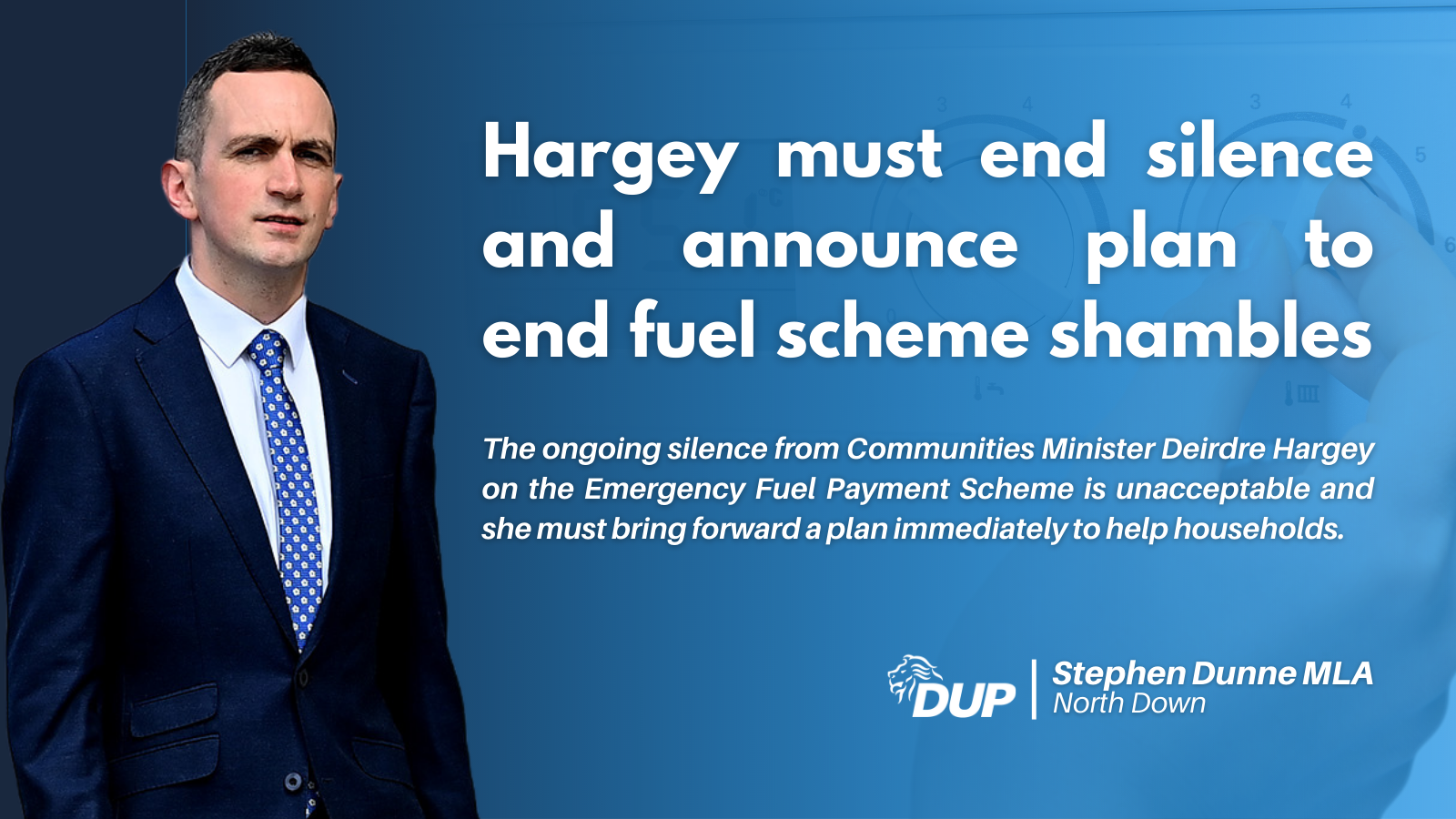 Mr Dunne is a member of the Communities Committee and he said,

"Families across Northern Ireland have been forced into the indignity of queuing up each morning for a small number to successfully apply to Deirdre Hargey's scheme. Instead of taking direct control she chose to outsource responsibility for its operation to a charity, in the clear hope she could also outsource criticism to them also.

The Minister needs to get a grip, step forward and tell the public how she intends to fix her mess. She needs to explain what assessment she made of the demand for this scheme and what preparations were made for the launch and application process of this scheme. She had plenty of time to plan given the lengthy delays in bringing it forward after its initial approval. The only plan she seemed to have however was to blame Bryson for any "operational issues" when problems arose.

Given the Minister's shambolic handling of the JobStart scheme and her continued inability to deliver the Sub-Regional Stadia programme it is clear the Communities Minister needs to either let someone else step forward who can actually take decisions or for the Executive as a whole to take control of the situation and offer reassurance to hard-pressed families across Northern Ireland."