Government should focus on dealing with the Protocol: Sir Jeffrey

DUP Leader Sir Jeffrey Donaldson MP has called on the Government to focus on resolving the problem rather than dithering over an election. 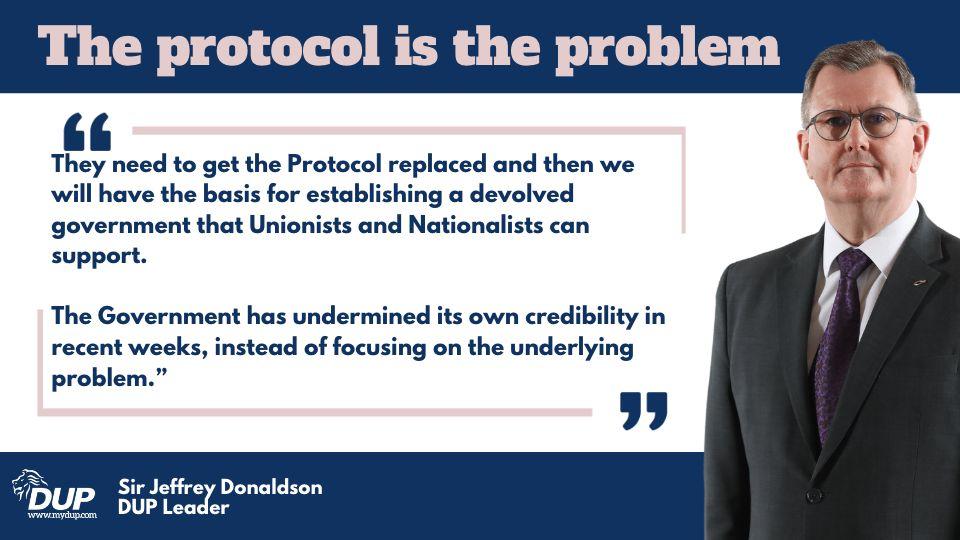 “The Government and the NIO talked up an election and now no one knows what is happening. Parliament is sovereign and can of course legislate to keep Ministers if it so wishes.

It is now clear the Secretary of State’s boss, the Prime Minister, has not yet decided how to proceed.

The Government should focus its time and energy on ensuring the Protocol problem is dealt with and Northern Ireland’s place in the U.K. internal market is restored.

We are ready to fight an immediate election if one is called. An election will not solve the problem which is that until the Protocol is replaced there will not be a sound and solid basis to see a return of devolved government.

So our message to the Government continues to be that they need to get the Protocol replaced and then we will have the basis for establishing a devolved government that Unionists and Nationalists can support.

The Government has undermined its own credibility in recent weeks, instead of focusing on the underlying problem.”