Get on with delivering energy payments: Lyons

DUP MLA Gordon Lyons has said the Government needs to get on with delivering the Energy Support Payments to Northern Ireland. 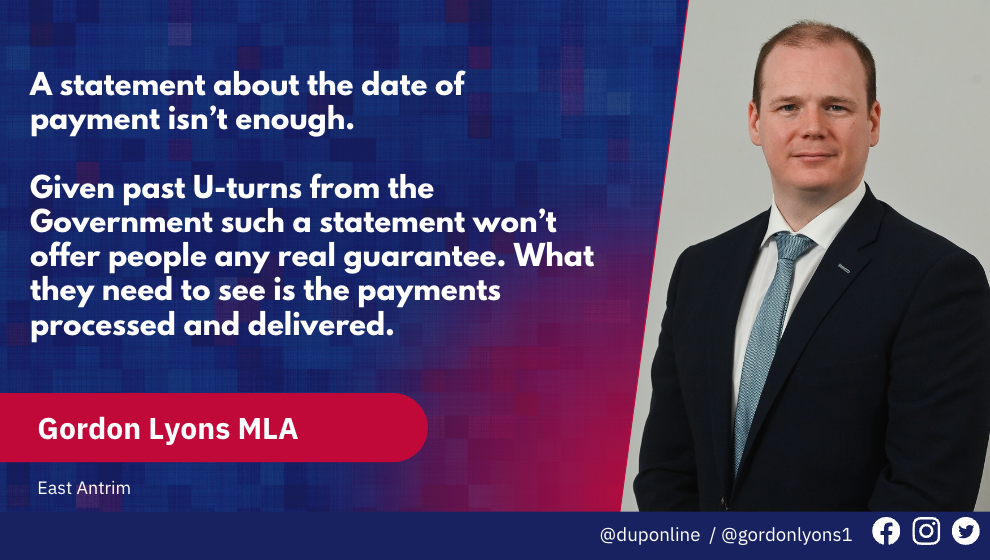 Speaking after raising it with the Prime Minister during his visit to Northern Ireland the East Antrim MLA said,

“There is now further speculation surrounding the delivery of these payments. The delays being suggested are down to issues with the ‘cash out’ option introduced at the 11th hour at the insistence of the Government when they had previously ruled out that option.

With predictions from some that the process won’t be complete until June there needs to be certainty provided by the Government. A statement about the date of payment isn’t enough. Given past U-turns from the Government such a statement won’t offer people any real guarantee. What they need to see is the payments processed and delivered.

It’s time for the Government to get on with delivering this assistance to people at a time when they need it most.”