Gary Middleton: Horrors of the Holocaust must not be forgotten

DUP Junior Minister Gary Middleton said the rise in anti-Semitism witnessed in recent years is a clear demonstration of why the horrors of the Holocaust cannot be allowed to be forgotten. 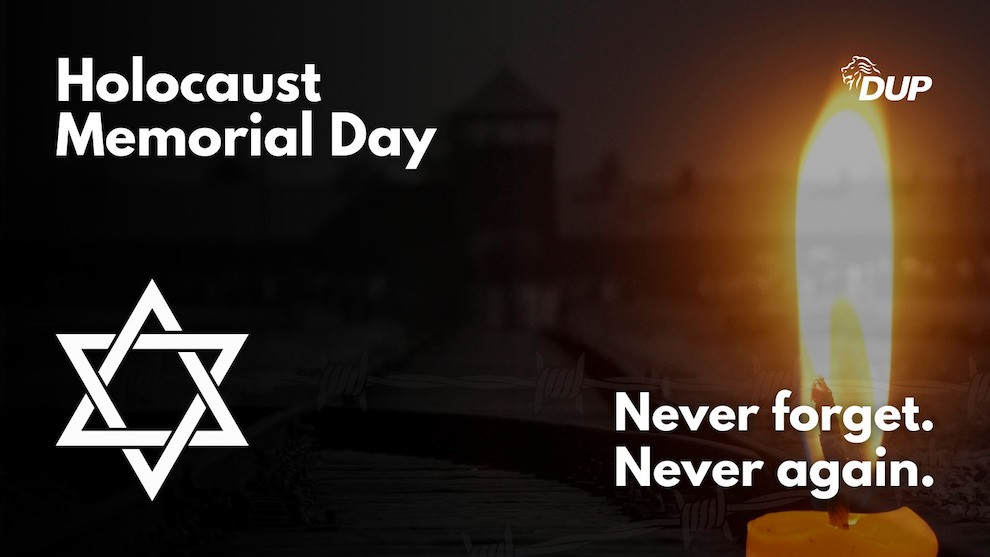 He was speaking in advance of Holocaust Memorial Day which will be marked tomorrow (Thursday).

"In the course of human history, the monumental evil of The Holocaust stands alone. The memory of what happened must continue to be studied and highlighted to each successive generation.

This was the systematic persecution and ultimate murder of Jews, Romani, disabled people and other minority groups. Of the 9.5 million Jews in Europe before the war, 6 million of them were murdered.

Almost every organ of the Nazi state was connected to this in one way or another. It happened not just because of the many people who were directly involved, but because of the vast number of others who knew what was occurring but who stayed silent.

Human nature can allow us to detach ourselves from events simply because they are not happening to us. That is one of the reasons we cannot allow the horrors of the holocaust to be forgotten. They need to remain as a reminder and an obligation to look beyond self-preservation to the suffering of others around us.

The memory of the Holocaust must be kept alive as a warning against such horrors happening again. The rise in anti-Semitism and hatred expressed towards Jewish people in recent years is a very clear demonstration of why it must not be allowed to be forgotten."