Forsythe - time for a proper windfall tax on energy giants

The DUP’s South Down MLA Diane Forsythe has said with the interest rate hike and the cost of mortgages rising for households, it is time the Government put a proper windfall tax in place for energy generators. 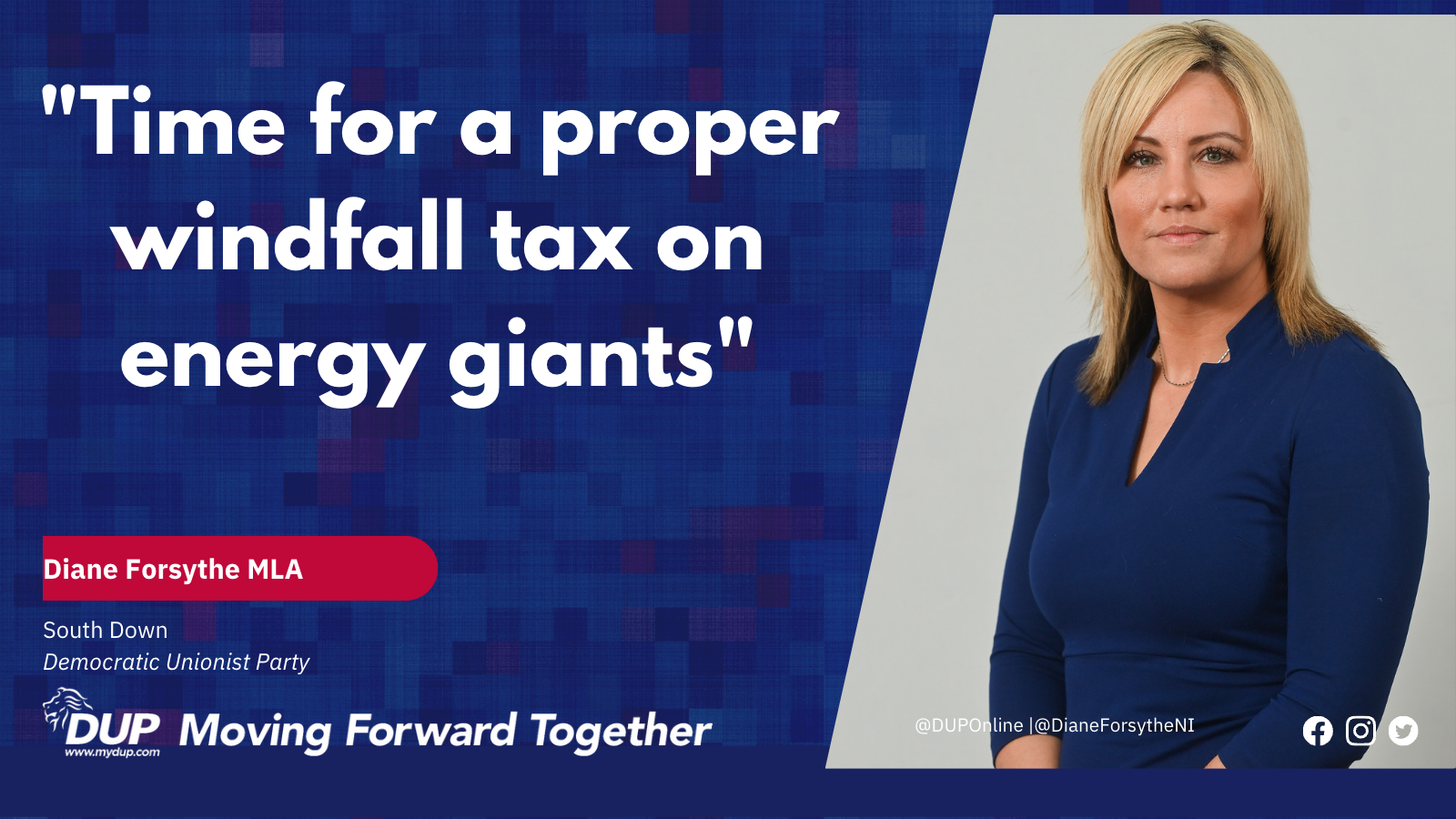 “Energy generators are experiencing eyewatering bumper profits with some shareholder dividends rising by 15% yet some of those same companies have not had to pay a penny towards the windfall tax put in place in May. That is scandalous.

The Government needs to put in place a proper windfall tax on the energy giants so it will then ease the tax burden on already hard-pressed households by helping them further with schemes such as Tax Free Childcare.

The DUP is in Westminster fighting for Northern Ireland to get real help for working families, whether that be in their electric, gas or oil bills or with their childcare costs. Our MPs made a submission to Treasury last March pressing for help for households and proper taxes on the online and energy giants. It is now time for the Government to properly tax these giants.”