Failure to sign PoC would be a dereliction of duty

DUP MLA Diane Dodds has called on those MLAs opposed to the segregation and elevation of one sector of our education system to the detriment of a majority of children, to take a firm stand by signing a Petition of Concern against the Integrated Education Bill. 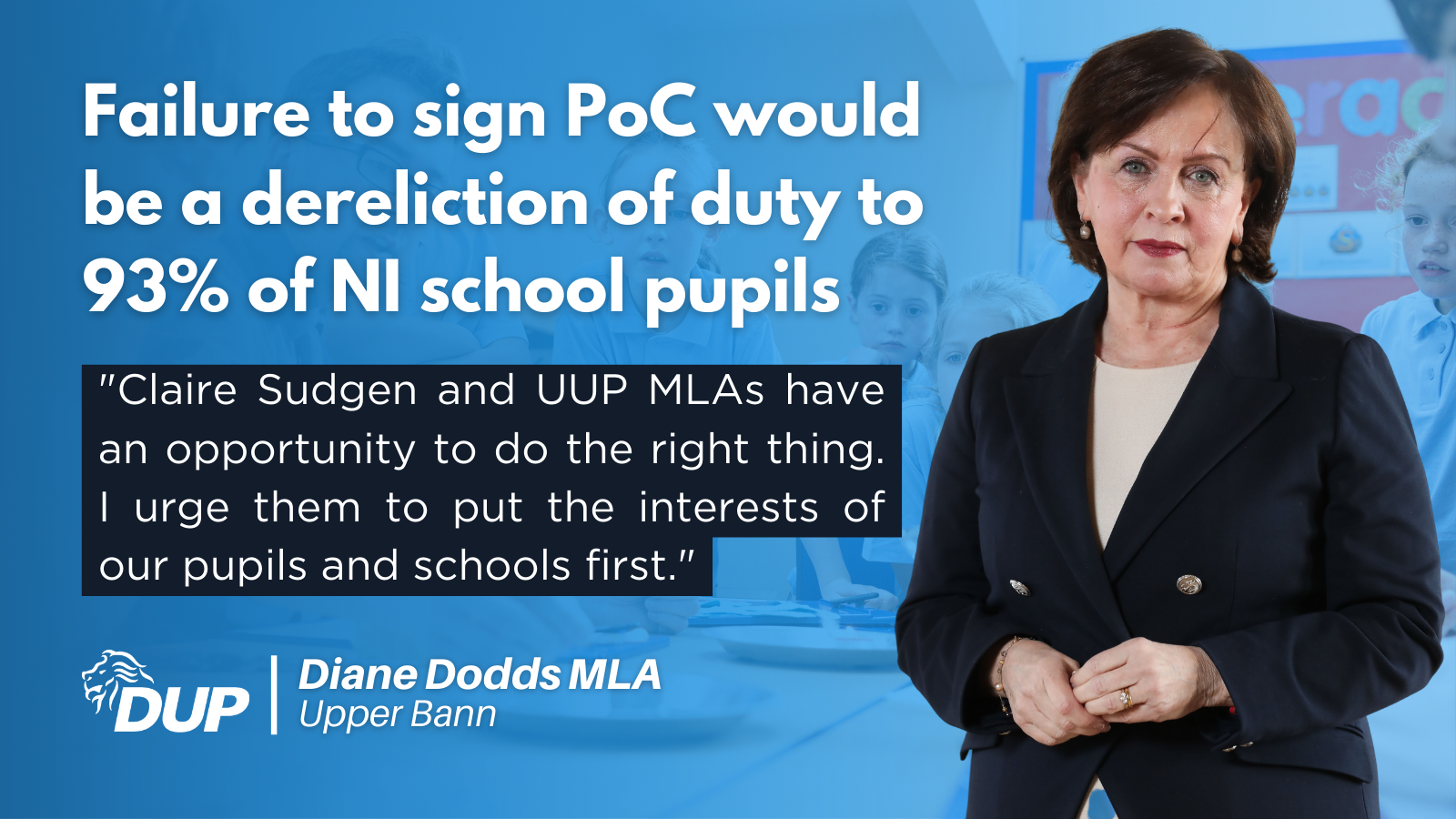 Mrs Dodds said a failure to do so, would be a dereliction of duty to 93% of pupils in Northern Ireland.

“Tomorrow the Northern Ireland Assembly will take a decision that will negatively impact 93% of school pupils, unless those MLAs who CLAIM they oppose the segregation and elevation of one sector of our education system to the detriment of a majority of children, take a brave stand.

The Integrated Education Bill will have its Final Reading on Wednesday and without a valid Petition of Concern the Bill will be passed into law to the detriment of the overwhelming majority of schools in Northern Ireland.

It is bad law. I want to see children educated together but this Bill will penalise Controlled and Maintained schools because they have the wrong sign above the door not because of any failing with inclusion. Even controlled schools with children of all faiths and none, schools with pupils from 20 different language backgrounds, will be consigned to old delapidated classrooms just because they are not in the 'integrated' sector.

The DUP has tabled a Petition of Concern and those who claim to be opposed to the Bill must take a firm stand and add their name to the PoC.

A failure to do so would be a dereliction of duty to 93% of pupils in Northern Ireland.

Those MLAs who fail to sign the PoC will be sending a clear message, that they do not value the overwhelming majority of schools, teachers, pupils and parents in Northern Ireland.

The stakes could not be higher. Claire Sudgen and UUP MLAs have an opportunity to do the right thing. I urge them to put the interests of our pupils and schools first and stop this bad legislation becoming law tomorrow.

The people of Northern Ireland will be watching and will take a dim view of those who fail to do all they could to protect our schools and their pupils.”