DUP Leader Sir Jeffrey Donaldson MP has warned that the EU’s insistence on the Irish Sea border is an existential threat to political and economic stability in Northern Ireland. 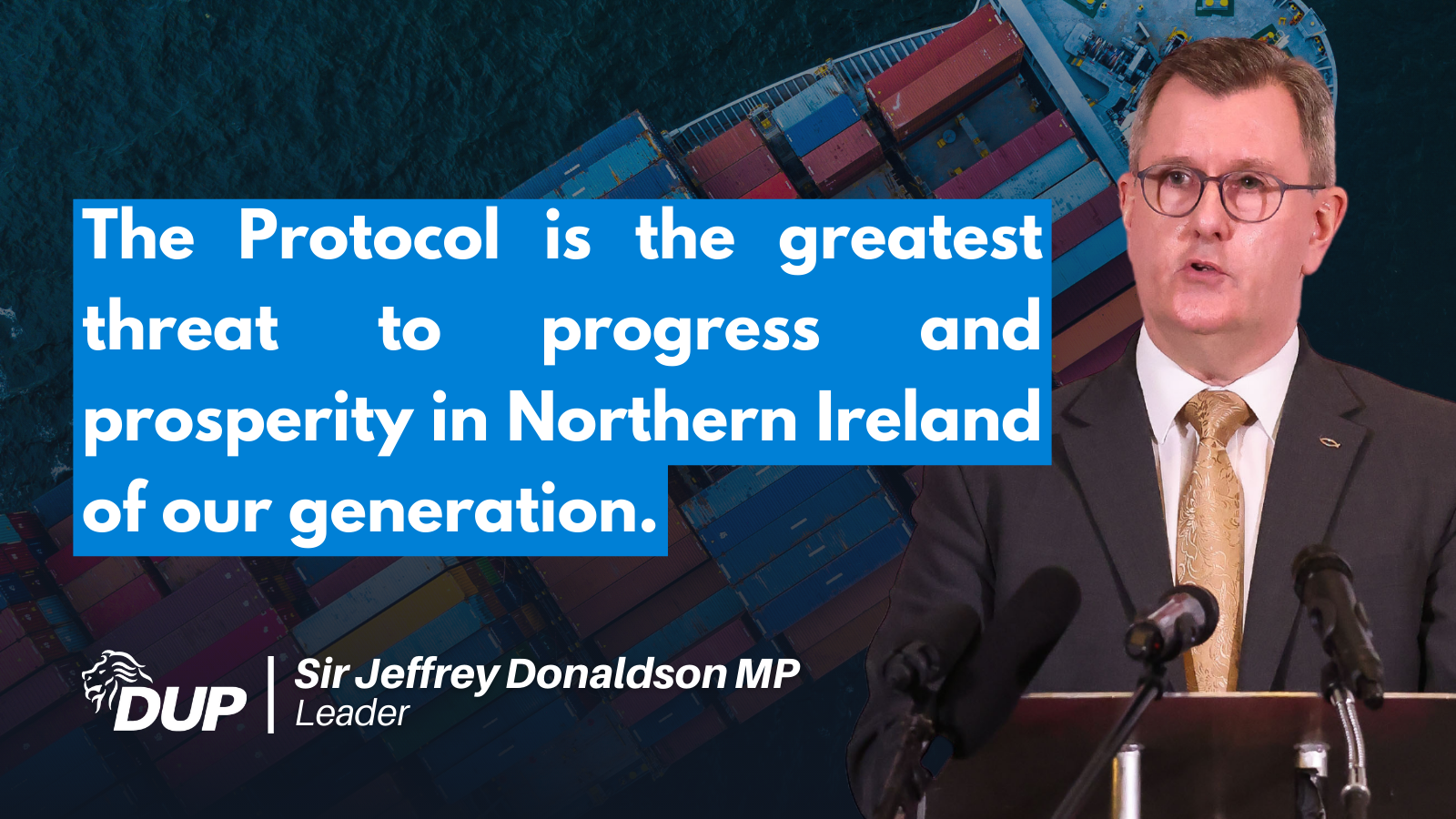 Commenting after a fresh round of discussions with European Commission Vice-President Maros Sefcovic on Thursday, Sir Jeffrey said:

‘‘The Protocol is the greatest threat to progress and prosperity in Northern Ireland of our generation. It is costing our economy £2.5m every day. It is driving up the cost of trade between Great Britain and Northern Ireland by almost a third. Firms and families across our Province no longer have full access to goods freely available in other parts of the United Kingdom.

Every day that passes without the Irish Sea border being dealt with is a step closer to lasting economic hardship. Grace periods give only temporary relief. They deal with the symptoms - not the cause - of the problems inflicted by the Protocol. If we felt the full force of these arrangements, there could be more checks on food arriving into Northern Ireland than are carried out in the whole of the EU. This is frankly ridiculous.

The EU can no longer keep up the pretence that the Protocol was about protecting peace. The Irish Sea border does not have the support of a single unionist elected representative. It is divisive and undemocratic. It trashes the cross-community consent principle. The absence of a functioning Executive or North-South structures demonstrates that the Protocol is an unrivalled danger to fairness and progress in Northern Ireland.

Unionism is rapidly losing faith that a negotiated solution is possible. It is time for the Government to take actions which restores fairness and reinstates Northern Ireland’s access to the UK internal market. This is the only way to build a better future for everyone in Northern Ireland.’’