DUP MLA Deborah Erskine has said the Economy Minister Gordon Lyons has demonstrated clear and decisive leadership on oil and gas extraction instead of piecemeal moves. 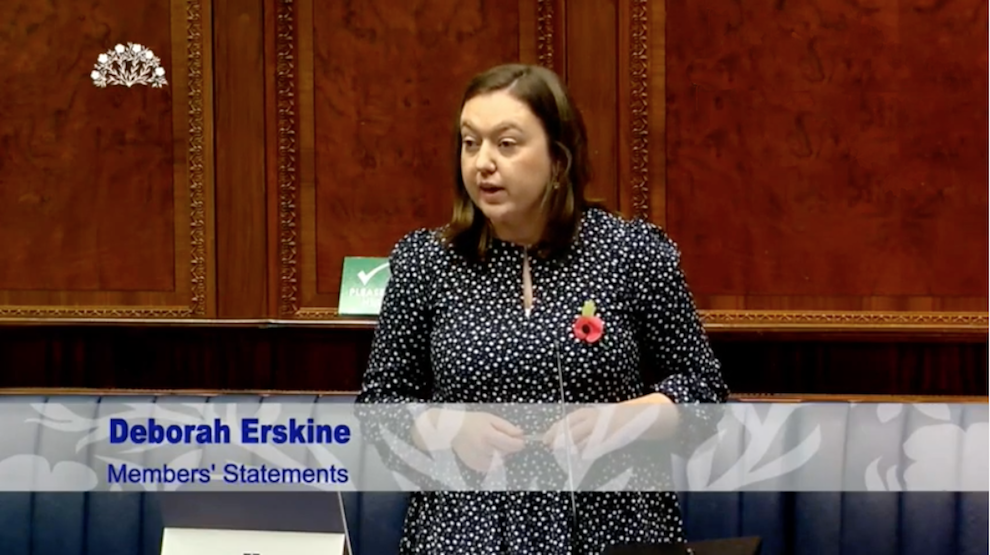 Speaking in the Assembly on Tuesday evening the Minister announced that he had circulated a paper to Ministers recommending a preferred policy option of a moratorium on all forms of exploration and extraction of oil and gas, to be followed by the introduction of a legislative ban

"This was a hugely significant announcement by the Minister and demonstrates clearly both his and the DUP's commitment to reduce our dependence on fossil fuels and focus instead on new areas such as green hydrogen which can not only cut Carbon emissions but deliver huge benefits to our economy.

The Minister has been able to take an evidence-based decision thanks to the detailed work that was put in place by his predecessor Diane Dodds. It is not just a positive step, but one which has a solid foundation. It provides clear and decisive leadership in terms of energy, climate and the economy.

There is an irony that Gordon Lyons comments came during a debate calling for piecemeal action, without full detail of what would actually be delivered by it. Bringing forward legislation should be about more than generating a headline in election literature. It should be part of a detailed plan to make a real difference.

Notably the Sinn Fein bill being proposed would not actually have closed the door to petroleum exploration or production activities in Fermanagh or elsewhere in Northern Ireland. A DUP Minister has built a detailed case in order to give certainty to all those with valid concerns."