The DUP's Director of Elections Gordon Lyons has said that DUP pressure has forced Sinn Fein to admit their priority is setting a date for a divisive border poll. 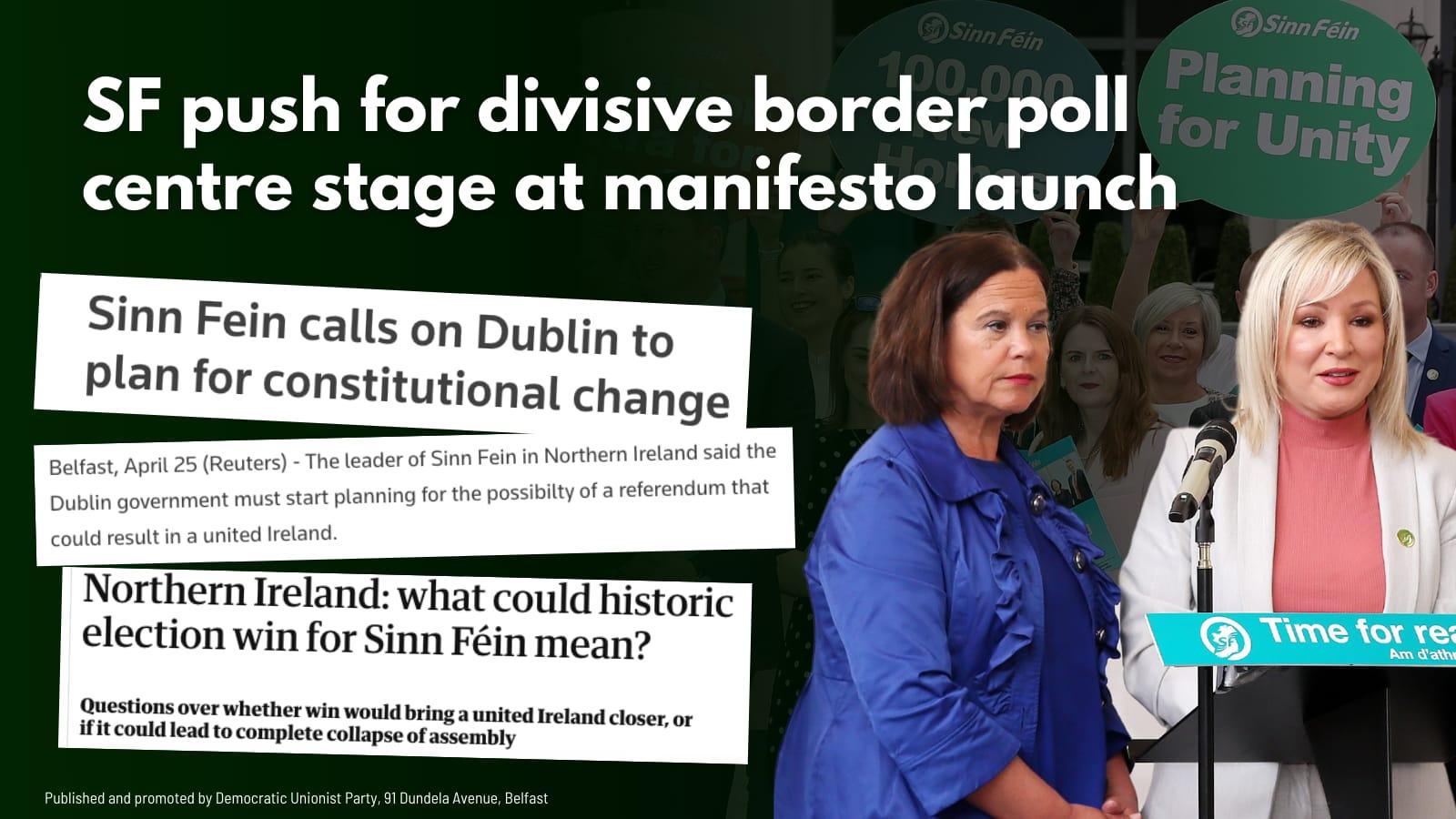 He said, "The DUP is the only unionist party to have forced Sinn Fein to admit their priority lies with a divisive border poll. Within a short manifesto that has been described as 'flimsy' there still is significant space given to a divisive border poll. Their priority is to secure a date for this, immediately plunging Northern Ireland into years of arguing and fighting rather than focus on fixing the NHS, helping working families and growing the economy.

This election will shape the future direction of Northern Ireland Only the DUP can stop Sinn Fein's border poll distraction and only by voting for the DUP can we ensure that we are focused on the issues that matter to everyone. No other party has the DUP's history, record and experience of standing up for Northern Ireland.

Whilst Sinn Fein have been attempting to avoid scrutiny of their real priorities, some other parties have been assisting them in downplaying the importance of this election. The DUP has been clear and consistent. Voting for another party only puts Sinn Fein one step closer to delivering on their border poll priority."