DUP MLAs have opposed proposals by HM Government for an amnesty into troubles related crime. The Northern Ireland Assembly was recalled today to debate the issue. 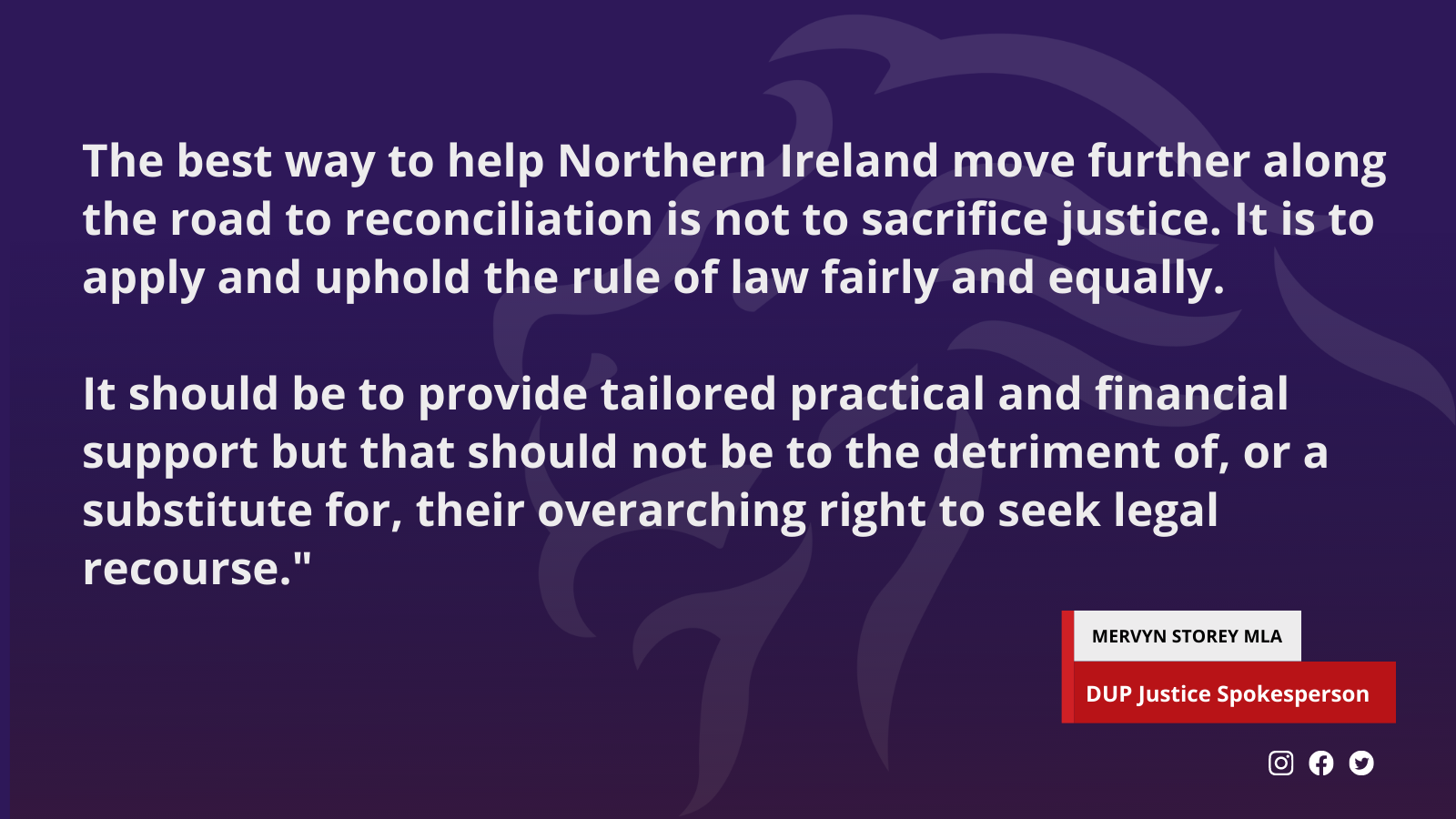 Speaking afterwards Mervyn Storey, Chair of the Assembly's Justice Committee said, "Whilst we had concerns about some of the motion's wording and would have supported the UUP amendment had it been selected, but it was important that the views of victims were clearly put forward.

A phrase that has been often used in our troubled past is that of Perverting the Course of Justice, and sadly the recent announcement by the Government is the ultimate manifestation of just that. For the Belfast Agreement to be cited as justification for an acceleration of the denial of justice is a sad reflection of the perversions of justice contained within that document. The DUP opposed that Agreement and likewise rejects these plans.

The best way to help Northern Ireland move further along the road to reconciliation is not to sacrifice justice. It is to apply and uphold the rule of law fairly and equally. It should be to provide tailored practical and financial support but that should not be to the detriment of, or a substitute for, their overarching right to seek legal recourse."

DUP Policing Board member Trevor Clarke added, "Despite the deliberately provocative language used by Sinn Fein during this debate the DUP will continue to seek a way forward which is victim centered. Over 17,000 responses to the Government's own consultation were clear that access to justice must remain open.

There were some who used the debate as an opportunity to attack the security forces who served on behalf of everyone in Northern Ireland. The vast majority did so with the utmost distinction and they do not seek or need such an amnesty. Including them within these proposals only serves to equate them with terrorists and to give succor to those who would seek to rewrite our history."