DUP Leader Sir Jeffrey Donaldson MP has congratulated Liz Truss MP on being elected leader of the Conservative Party and becoming our next Prime Minister. 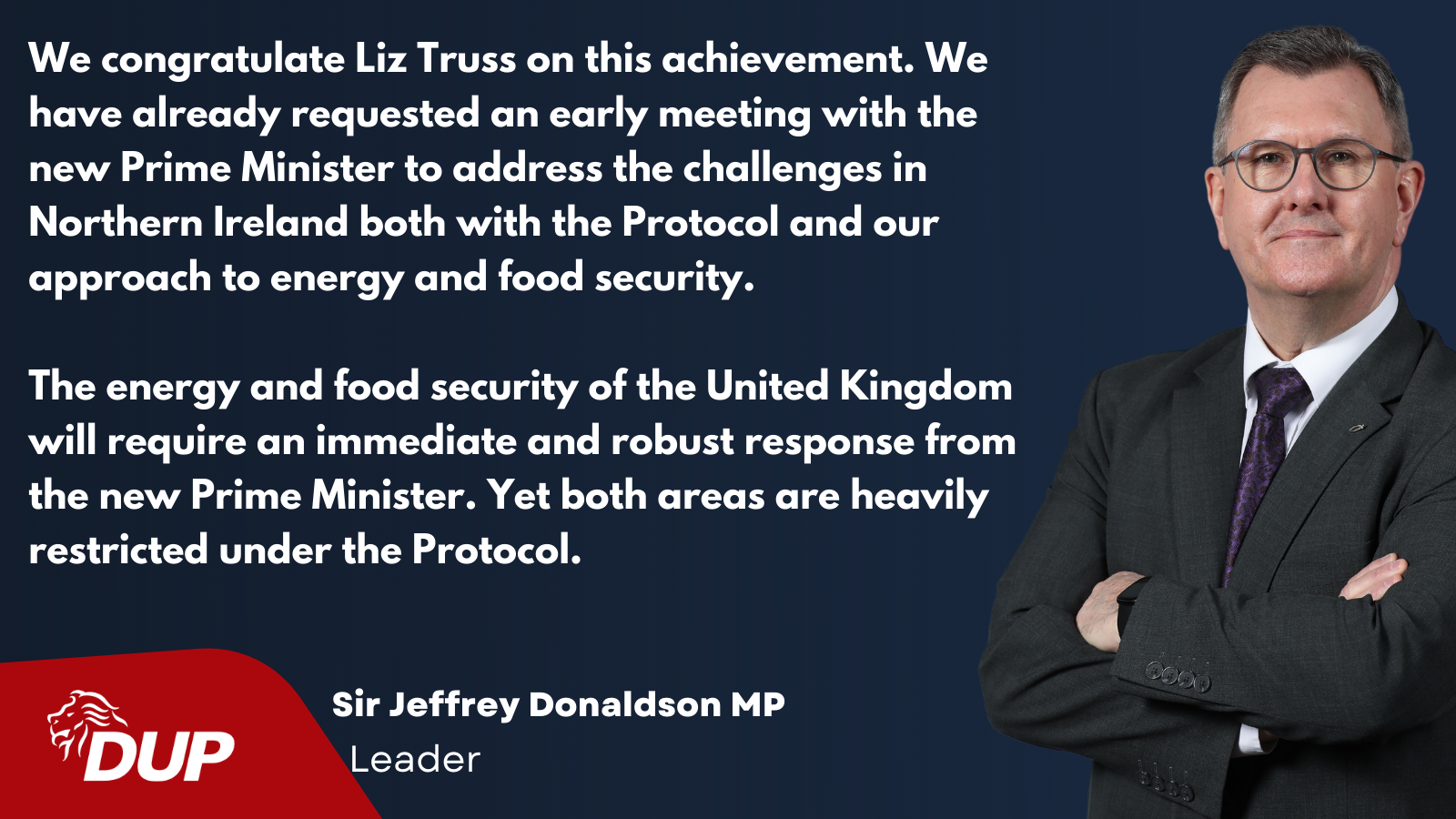 “We congratulate Liz Truss on this achievement. We have already requested an early meeting with the new Prime Minister to address the challenges in Northern Ireland both with the Protocol and our approach to energy and food security.

To address the cost-of-living crisis in Northern Ireland, the Government must replace the Northern Ireland Protocol with arrangements which restore our place in the United Kingdom.

The energy and food security of the United Kingdom will require an immediate and robust response from the new Prime Minister. Yet both areas are heavily restricted under the Protocol.

Whilst this week marks the election of a new Prime Minister, it also marks one year since I publicly warned the Government and Brussels that operating devolved government was incompatible with the Northern Ireland Protocol.

Following that speech, we gave 21 weeks for negotiations between London and Brussels to find a way forward which unionists could support. Brussels was unyielding and both in May and June this year, the EU stated that there could be “no renegotiation” of the Protocol.

The then Foreign Secretary Liz Truss was right to press ahead with the Northern Ireland Protocol Bill last June. This action was welcomed across the unionist family in Northern Ireland. Whilst in essence it is only enabling legislation, the bill will give Ministers the power to set aside the harmful parts of the Protocol.

It would help Northern Ireland and the entire United Kingdom, if the NI Protocol Bill can be moved forward as expeditiously as possible so as Ministers in Treasury can use their substantial firepower to help all parts of the United Kingdom in this cost-of-living crisis.”