North Down MLA Stephen Dunne has paid tribute to the “legacy to be proud of” in 100 years of policing. The DUP MLA hosted an event for the NI Retired Police Officers Association at Stormont on Thursday evening. 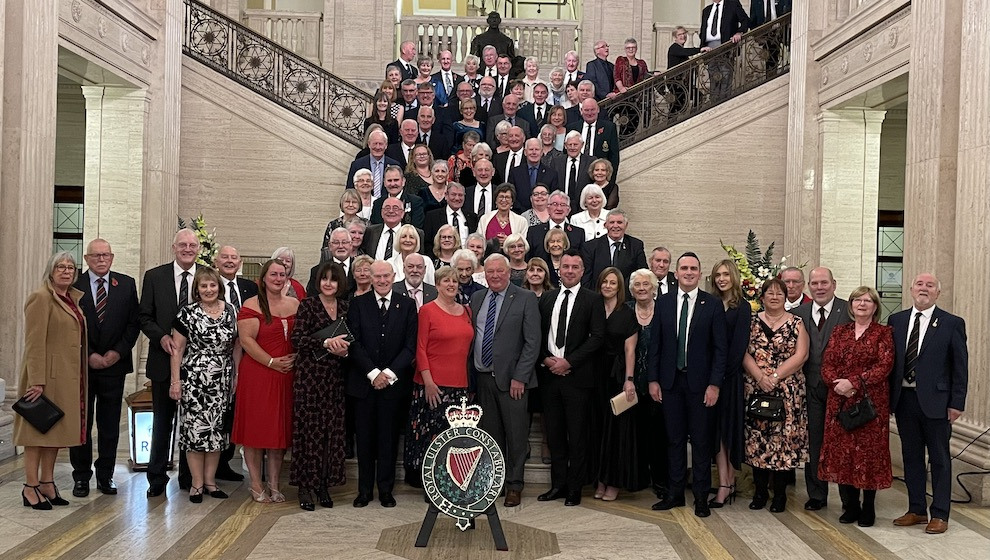 The guest of honour at the event was former Chief Constable Sir Ronnie Flanagan GBE QPM.

Speaking after the event Mr Dunne said, “It was a real honour and privilege to host members of the NIRPOA at Stormont, marking 100 years of policing. The strapline for the event was a “legacy to be proud of” and there can be no more fitting summary for all those who have served our community throughout the last century.

For the vast majority of that time they served under the banner of the Royal Ulster Constabulary and over many decades that brought with it a significant threat. That service and sacrifice was recognised through the award of the George Cross, but it is important that we continue to remember and highlight the proud history of policing here.

Northern Ireland has made significant progress and whilst there are still many challenges that we face, we are able to build on the foundation laid for us by all those who served to protect the community and uphold the law here.”