Diane Dodds MLA has welcomed the progress of the School Age Bill in the Northern Ireland Assembly.

The Bill which has now completed its Second Stage, will afford flexibility in school starting age, for those children who are born late in the school term. 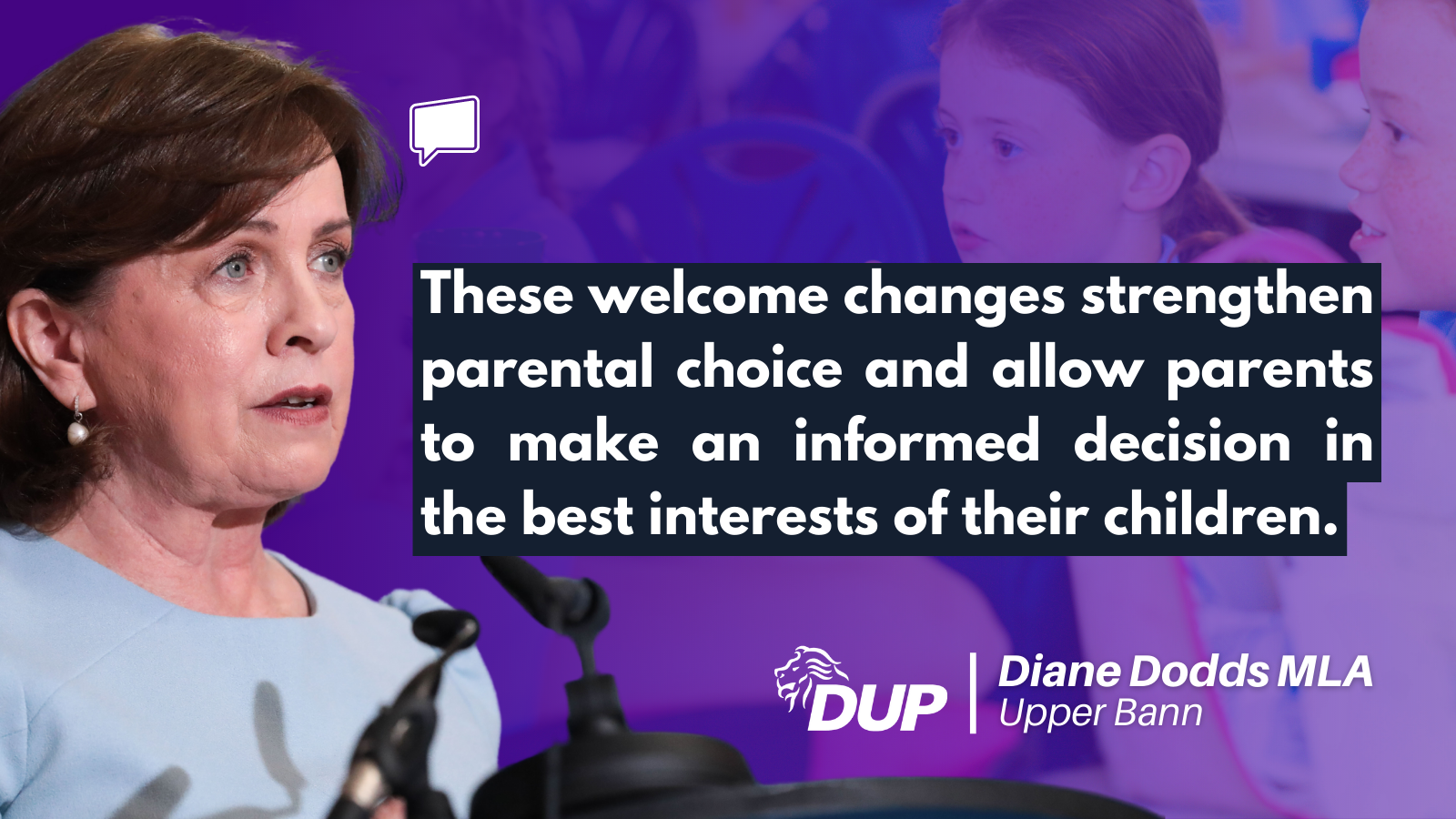 Mrs Dodds who is a member of the Education Committee said.

“During my time on the Education Committee, I have received substantial representations from many parents whose children are born in the later part of the school year.

They have serious concerns that their children, having just recently turned 4 years old, are not quite ready for the rigours of school life.

Unlike other parts of the United Kingdom, Northern Ireland currently does not have any flexibility when it comes to school starting age. This has resulted in children as young as 4 years and 2 months and as old as 5 years and 2 months, beginning school at the same time.

This Bill seeks to address that anomaly and allow parents who have children born in the later part of the school year, the option of deferring their child beginning school for one year.

These welcome changes strengthen parental choice and allow parents to make an informed decision in the best interests of their children. I commend the Minister and her team for bringing this legislation through the NI Assembly.

I am pleased that there is support to deliver these important changes, bringing Northern Ireland into line with other parts of the United kingdom, and I look forward to working with the Minister to progress this bill into law as soon as possible.”