Dodds - “unlike SF we have always respected the ballot box”

Upper Bann DUP MLA Diane Dodds has said Sinn Fein should use its conference to recognise there was always an alternative to the IRA campaign of terror rather than tell lies about their opponents. 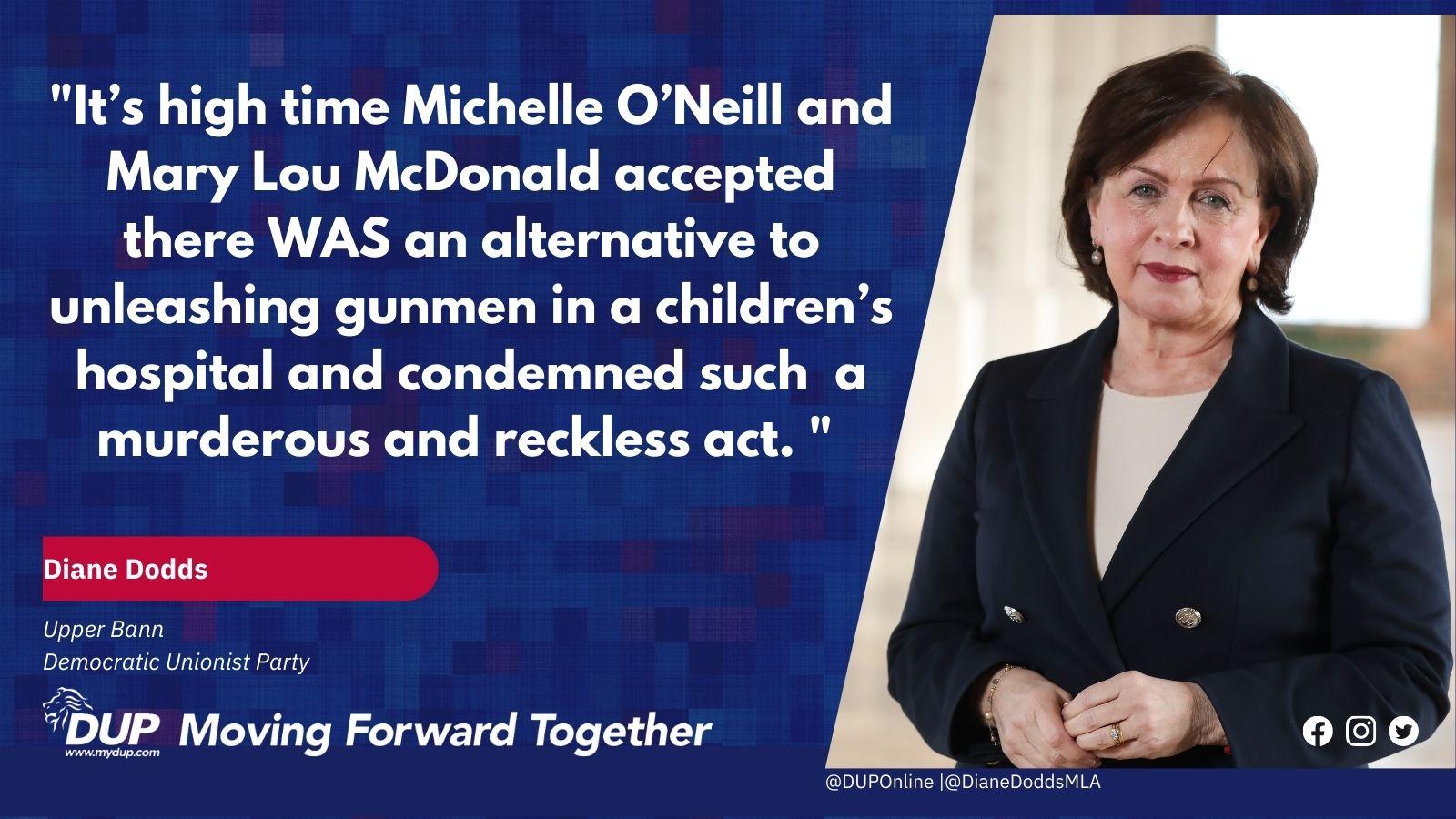 “In Christmas 1996 the IRA came into the Royal Victoria Children’s hospital to murder my husband and I as we sat by our son’s bedside. It’s high time Michelle O’Neill and Mary Lou McDonald accepted there was an alternative to unleashing gunmen in a children’s hospital and condemned the murderous and reckless act.

The DUP made clear there was no basis for government last February when we were the largest party. Unlike Sinn Fein we have always respected the ballot box and the rule of law.

Stormont can only function with unionists and nationalists so until the Protocol is sorted there is no solid basis for moving forward.”