The DUP’s Upper Bann MLA Diane Dodds has said those who want stable foundations for devolution would be better to focus on replacing protocol rather than recall stunts. 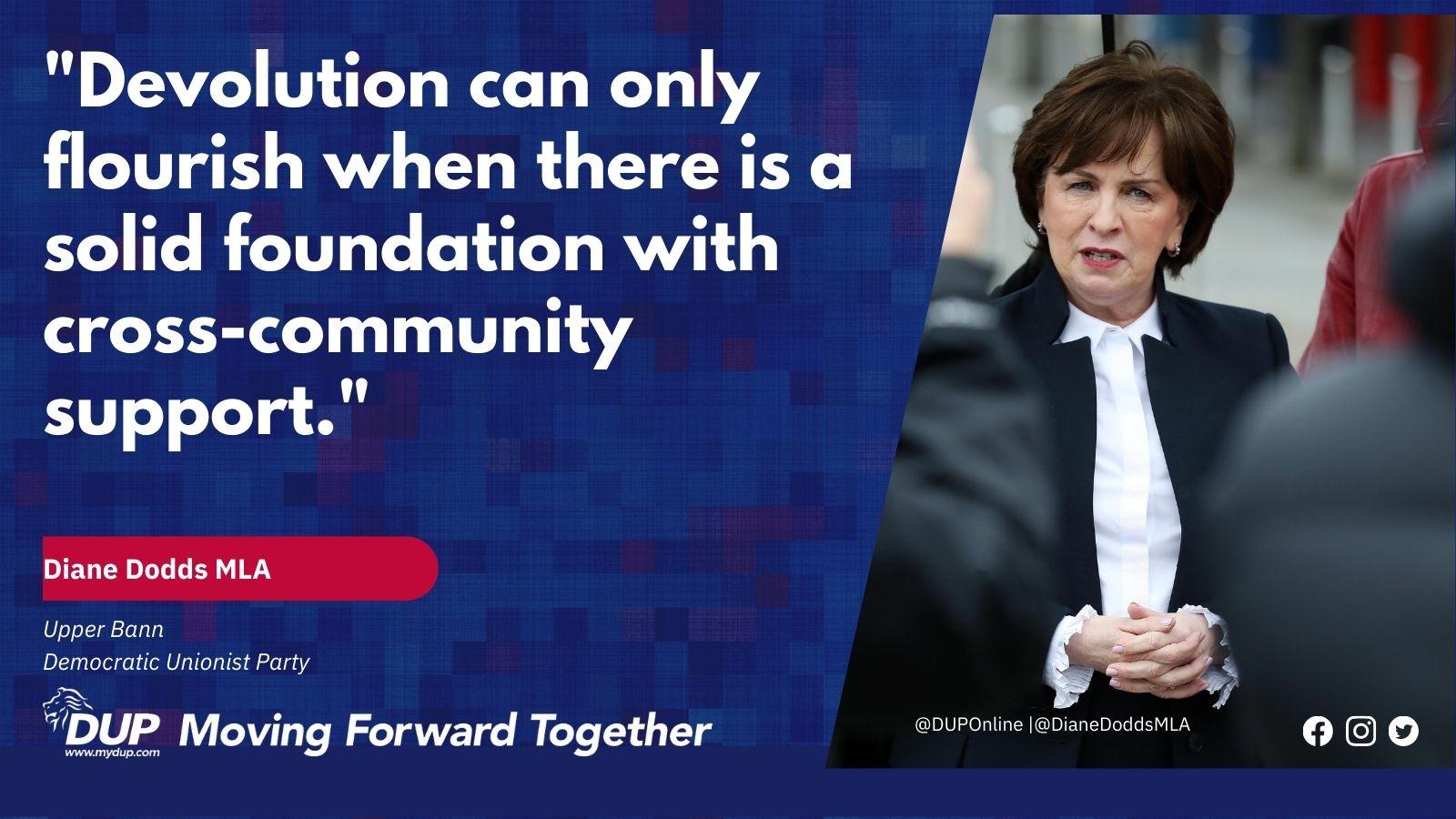 “The recall of the NI Assembly by Sinn Fein was a stunt rather than any serious attempt to restore powersharing. If those who petitioned the Assembly sitting truly wanted to restore fully functioning devolved government, they would have joined us in campaigning for the Protocol to be replaced by arrangements that unionists can support. Progress is only made with the support of unionists and nationalists.

The Protocol has polluted every area of government:

Devolution can only flourish when there is a solid foundation with cross-community support. We want to see fully functioning devolved government restored in Stormont but that can only happen when the Protocol is replaced by arrangements that unionists can support.”