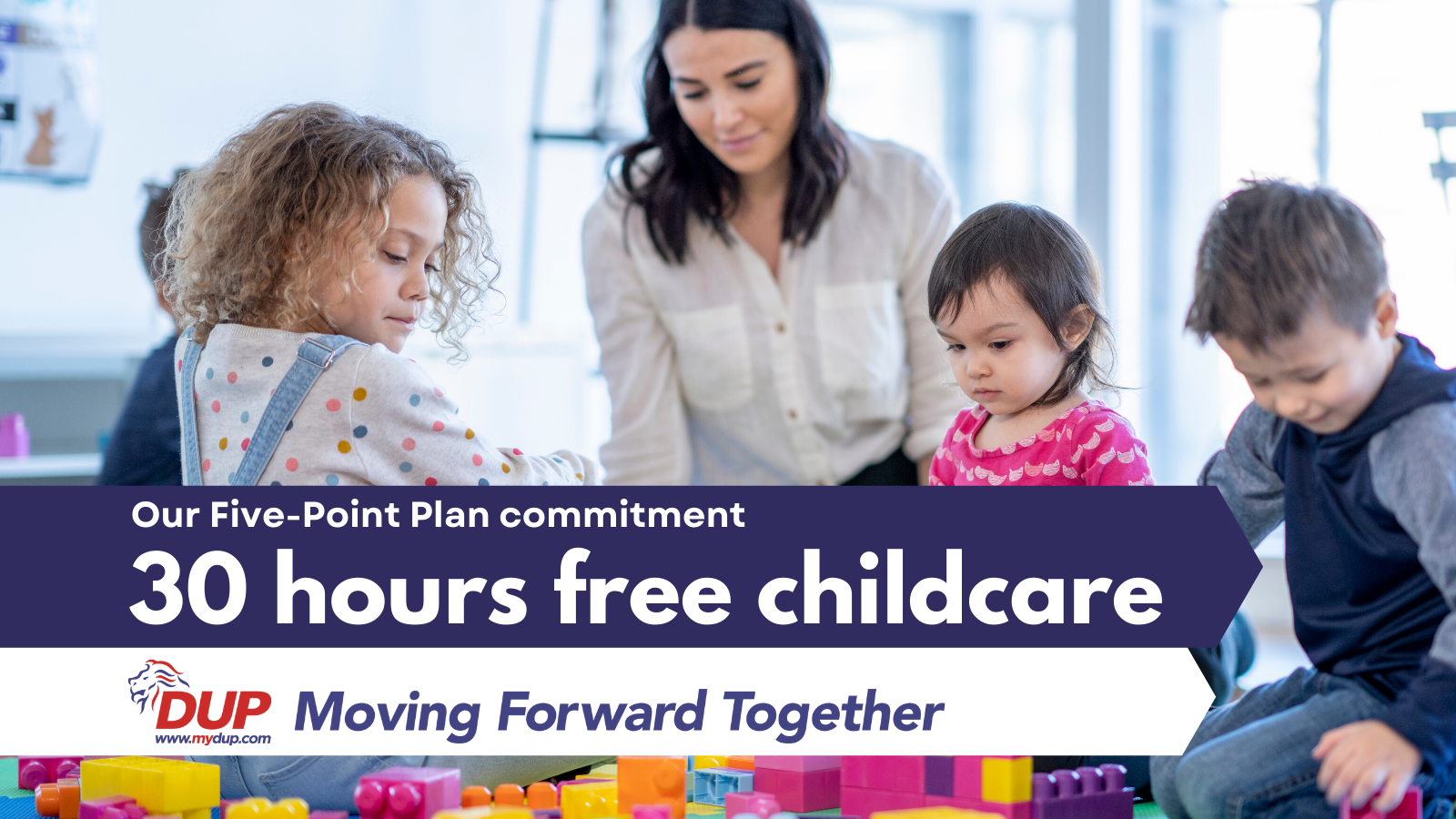 It is part of our 5-point plan for Northern Ireland.

"Childcare is one of the most significant household bills faced by many families across Northern Ireland. Last year we surveyed over 1,000 parents and found that nearly 85% of people had their return to work impacted by childcare costs. Almost a quarter of parents also said that childcare subsumed nearly a full wage within the household.

The most recent Employers for Childcare survey highlighted an average cost of £170 per week which represents a very significant financial hurdle yet Northern Ireland lags behind other UK regions in supporting working families. The DUP is determined to see this changed. Whilst some other parties have no plan other than a divisive border poll, we are focused on what matters - building a better Northern Ireland.

There is also pressure on childcare providers, and when this sector was facing collapse during lockdown, it was a DUP Minister who stepped up to support them. We want to do more however and our 5-point plan for Northern Ireland includes a commitment to help working families through delivering 30 hours of free childcare per week.

Northern Ireland should come into line with the rest of the United Kingdom in this area. We want to provide greater access to affordable childcare, which can benefit families, our economy and the whole of Northern Ireland."