Diane Dodds: MLAs should stand up for their local schools

Upper Bann MLA Diane Dodds has said MLAs can stand up for their local schools by signing the petition of concern on the Integrated Education Bill. 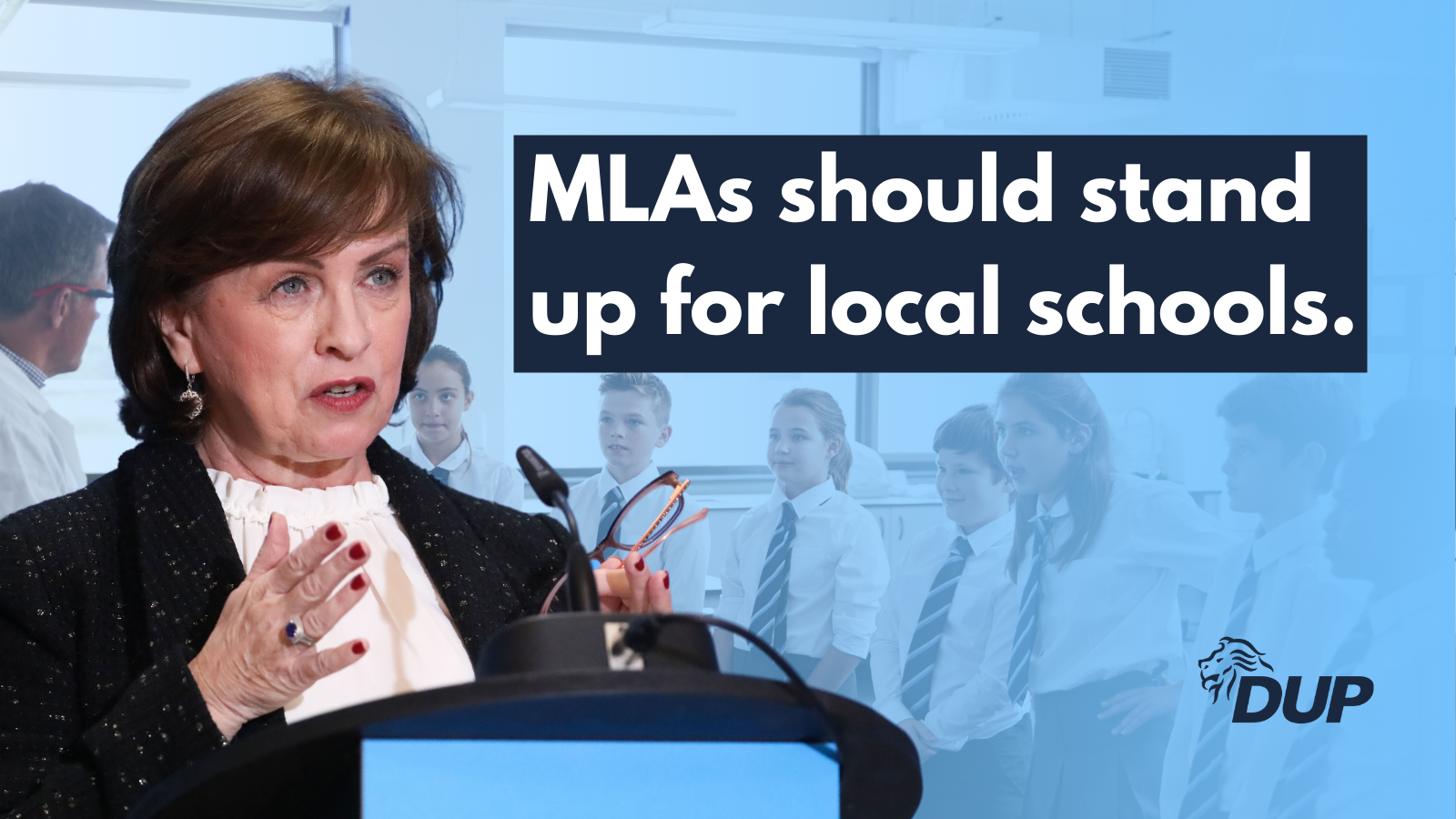 She said, "The Integrated Education Bill does nothing to deliver greater integration or better education. It is a rushed piece of legislation which is aimed at boosting one sector our education system whilst leaving 93% of pupils disadvantaged.

Possibly because of the failure to carry out any proper consultation, many people were initially unaware of its contents. However over the last few weeks parents, teachers and the wider public have been voicing their opposition to this Bill and its impact on all schools outside of the Integrated sector.

A number of parties have never adequately explained their position, particularly when some of their members spoke in highly critical terms about the Bill but then voted in favour of it. The DUP has been consistent throughout and through tabling a petition of concern we ensure there is an option to protect schools from all sectors.

A bill that represents a major overhaul of our entire education system should not be rushed through in a Private Members Bill that has had no proper consultation. All parties need to be clear about their position. Are they prepared to stand up for their local schools and sign the petition of concern?"