Dealing with root cause of problems is path to progress

The DUP’s Lagan Valley MLA Emma Little-Pengelly has said Conor Burns should focus on replacing the Protocol rather than pointed attacks on the DUP. 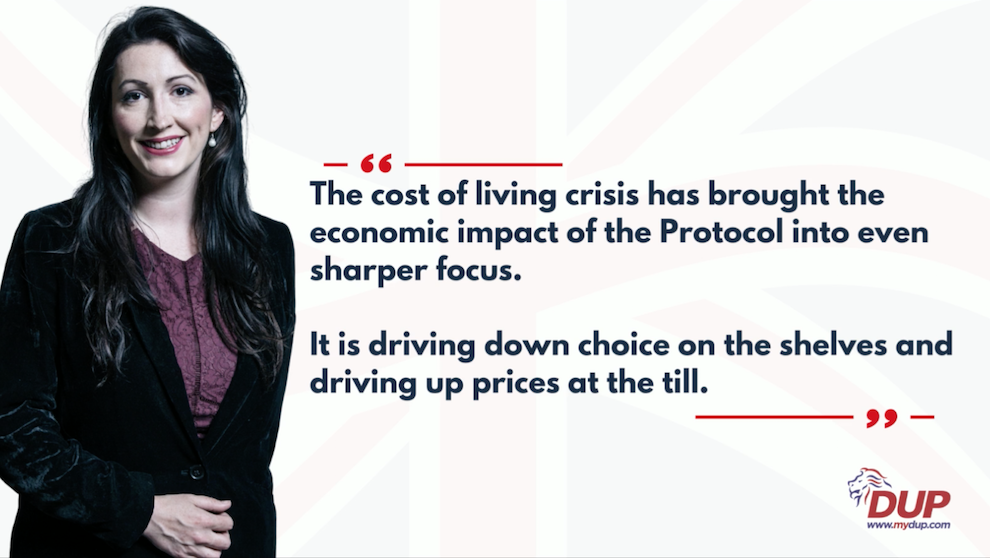 “Conor Burns' comments are misguided and mistaken, he should focus on solving the fundamental problems which have created the situation we face today both in dealing with the Protocol and ensuring the Government takes real action to tackle the root causes of the cost of living challenges we face.

All the main levers to deal with the challenges of 2022 lie in Treasury whether that is green taxes, energy bills, Protocol costs or tax-free childcare. Just as Westminster is dealing with these matters in Scotland and Wales, they should deal with Northern Ireland too. With financial pressures in every Department here, it is only Westminster, that can, and must, deliver on cost of living measures.

The DUP received a mandate in May for decisive action to deal with the Protocol. That action is necessary to meet the Government's commitment in the New Decade New Approach agreement more than two years ago. That pledge was pivotal to our re-entry into the NI Executive in 2020 and remains outstanding today. The Government has also recognised that cross-community consensus is essential for the effective functioning of the political institutions.

No unionist elected to the NI Assembly in May supports the Protocol. It is precisely because of the harm done to that consensus by the Protocol that the political institutions are not functioning at this time. We are committed to fully participating in a newly established Northern Ireland Executive, but the NI Protocol must be replaced by arrangements which unionists can support.

The DUP opposed the Protocol from its inception because it is harmful to the economic and constitutional wellbeing of Northern Ireland. Mr Burns and his colleagues were warned of that damage before the Protocol was brought before Parliament. The cost-of-living crisis has brought the economic impact of the Protocol into even sharper focus. It is having a direct impact on the cost of transporting goods to Northern Ireland from the rest of the UK. That is driving down choice on shelves and driving up prices at the till.

The political institutions in Northern Ireland have been directly impacted by the Protocol and its damaging impact on our delicate political balance. Dealing with that root cause is the only path to progress and expediting the progress of the Protocol Bill is the best route to seeing that achieved.”