DUP Leader Sir Jeffrey Donaldson has said the judgement from the Court of Appeal in Belfast is part of a journey to the Supreme Court but once again points to Protocol destroying consensus politics. 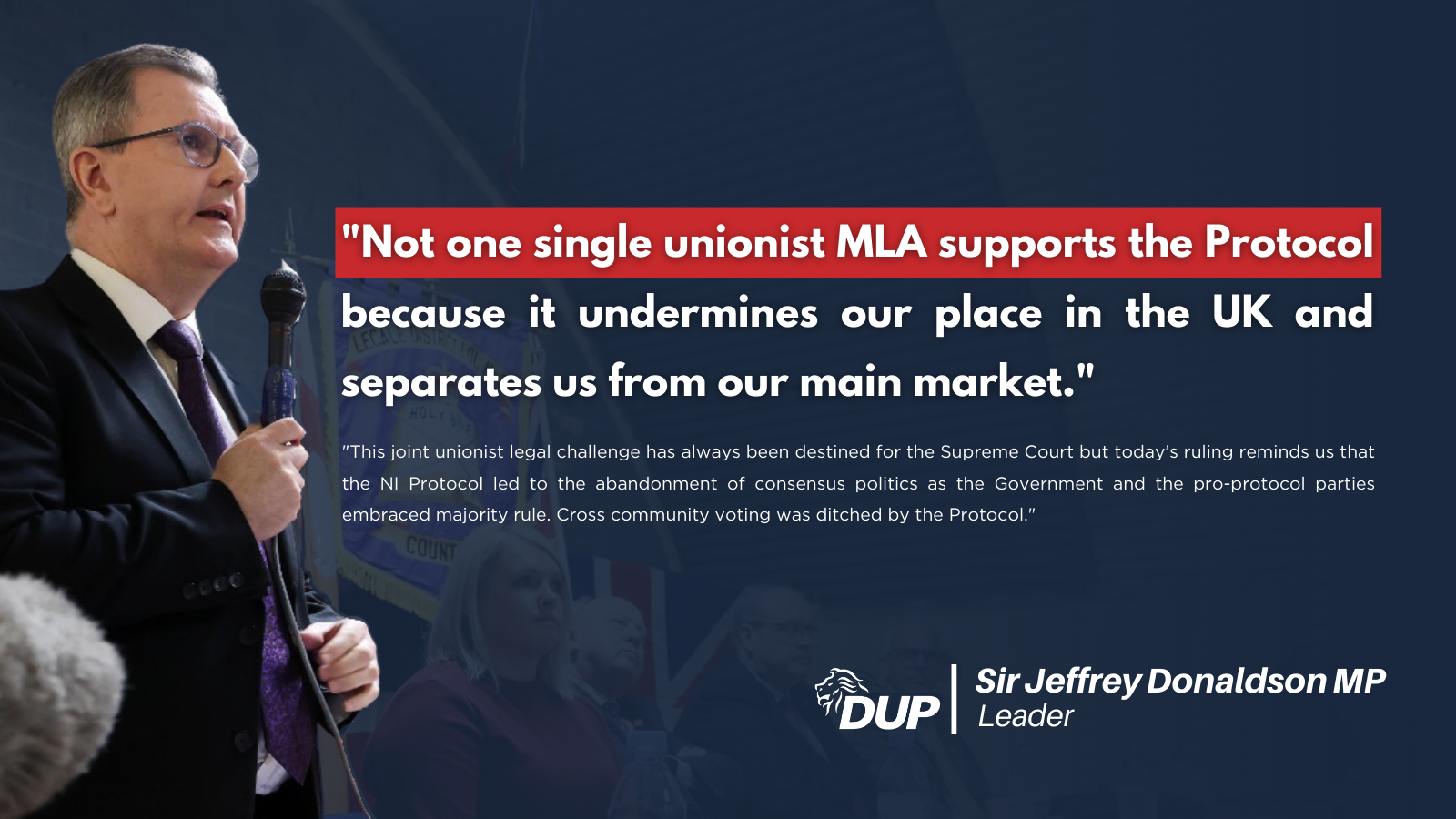 “This joint unionist legal challenge has always been destined for the Supreme Court but today’s ruling reminds us that the NI Protocol led to the abandonment of consensus politics as the Government and the pro-protocol parties embraced majority rule. Cross community voting was ditched by the Protocol.

Not one single unionist MLA supports the Protocol because it undermines our place in the United Kingdom and separates us from our main market. It is driving up costs of doing business with the rest of the United Kingdom, hampering government efforts to help us in this cost-of-living crisis and even threatening our supply of medicines.

Indeed, today the Government has been legislating in Parliament to amend laws about our customs territory and apply them to Great Britain rather than the United Kingdom, as they were previously drafted.

The Protocol has cast a long shadow over devolution and far from protecting stability, it has undermined the foundational principles of devolution.

Northern Ireland only moves forward when we move forward together. Any deals will require the support of unionists and nationalists.

I was patient when I warned the governments in London, Dublin and Washington last September that the Protocol was not compatible with devolution. I gave space for talks and action but they failed to listen.”