East Antrim MLA and DUP Economy Minister Gordon Lyons has urged the Chancellor to include Northern Ireland in the Treasury’s £400 energy payment scheme. 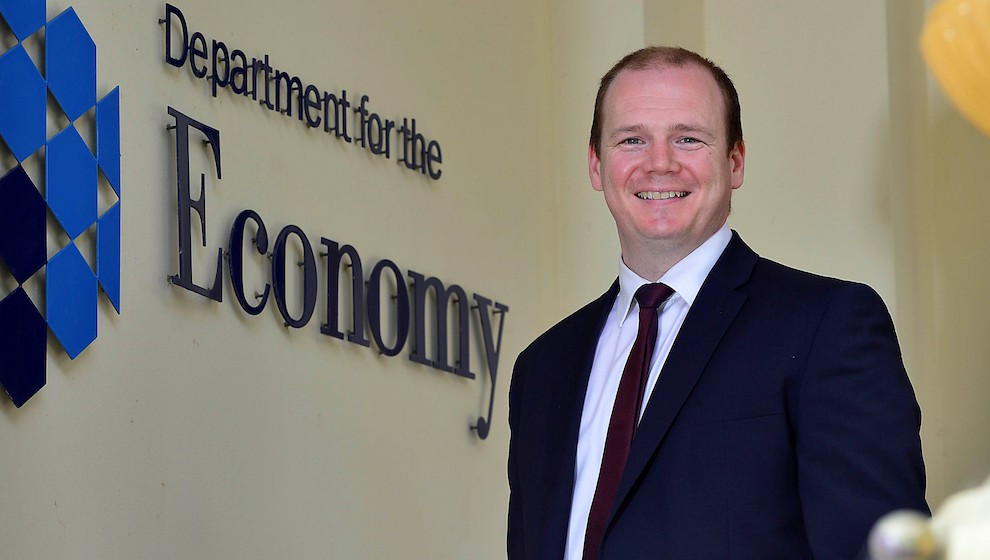 Mr Lyons was speaking after meeting the Chancellor of the Exchequer in Erskine House, Belfast.

“On 26 May 2022 the then Chancellor said the Government would legislate for Northern Ireland households to receive the £400 energy discount on their bills. The Government needs to move at pace to get the mechanism in place.

With three hundred energy suppliers in GB and only six in Northern Ireland, the Treasury could do this very easily and ensure people have the money for the Autumn. This makes sense rather than a Stormont department spending months designing and building a system to make the one-off payments. The Job Start scheme took an extra nine months to set up an NI equivalent when DfC tried to design a bespoke scheme.

I am pleased that following today's meeting, the Chancellor and colleagues from other departments in Northern Ireland agreed that the simplest and quickest easy to get this money to householders in Northern Ireland is via direct payments from the Treasury to local energy suppliers. I hope that this will now be progressed quickly so that people in NI can benefit at the same time as everyone else in the United Kingdom.

Whilst we welcome the energy payment, it is not a solution. We made a submission to the Treasury last March which recommended a series of tax cuts which would have reduced people’s bills every month rather than Treasury having to make one-off payment to households.

Last March we also urged Connor Murphy, the Finance Minister, to give people a £400 discount in their rates bills. This would have been easy to administer and would have allowed families to keep more of their hard-earned money in their pocket. The other Executive parties ignored this proposal. That was a mistake and a missed opportunity.

The best way to put money into people’s pockets, is to never take it in the first place."