During Members' statements in the Assembly yesterday, Pam Cameron MLA highlighted the need for greater access to anti-fibrotic drugs, Nintedanib & Pirfenidone, for patients receiving treatment for Pulmonary Fibrosis in Northern Ireland. In May 2021, the National Institute for Health and Care Excellence (NICE) announced a part-review of the guidance would be planned into the appraisal work programme to consider the patient population not currently recommended to receive treatment in the existing guidance. 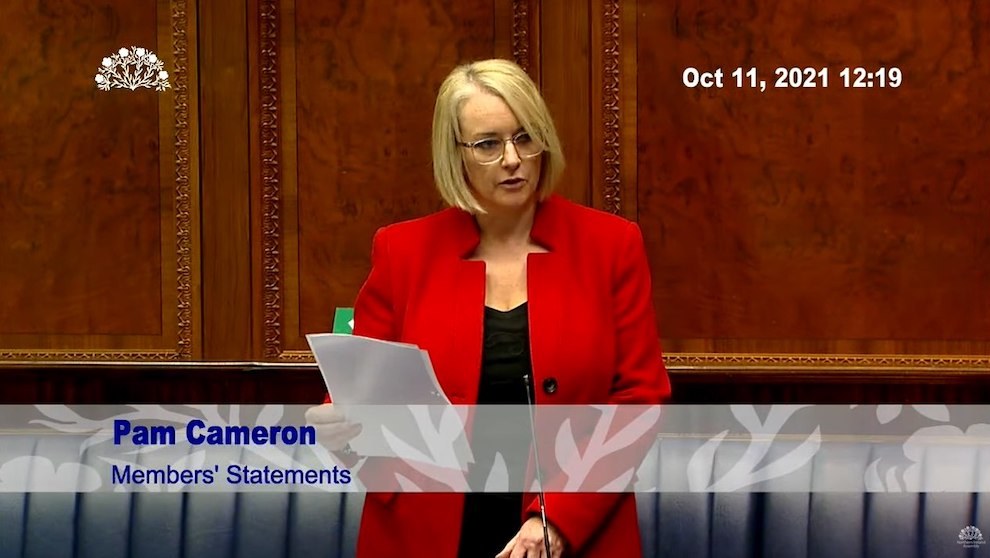 Speaking in the Chamber, Mrs Cameron said "The present NICE guidelines recommend that Nintedanib and Pirfenidone should only be prescribed when a patients lung function has deteriorated to a specific level of 50%-80%. This was based on NICE’s appraisal of past evidence for the clinical and cost-effectiveness of the treatments. This strict criteria leaves many who would benefit from these drugs waiting for the inevitable time when their lung capacity would deteriorate further until they could access them.

Anti-fibrotic drugs can prolong and improve the quality of life for sufferers. In Europe, the United States, Canada and New Zealand, they are prescribed on diagnosis. But current guidance in the UK says they should only be prescribed when a patient's lung function is within a certain range and they may be stopped if lung function drops below that range.

Following the campaign which was supported by many Members of Parliament, MLAs, and members of the other devolved Assemblies, NICE published a statement in late May 2021 announcing a part-review of the existing guidance for both Nintedanib and Pirfenidone. This review would consider the patient population not currently recommended to receive this drug treatment.

There was great excitement and relief at the time of NICE’s announcement. Hope was now on the horizon for many who knew these drugs would greatly improve their standard of living and prolong life.

Disappointingly, the Northern Trust Pulmonary Fibrosis Group have been made aware that this part-review has not commenced since it’s announcement earlier this year, meaning further delay ahead.

Concluding her speech, Mrs Cameron called upon the National Institute for Health and Care Excellence to urgently commence the review period and stated that "Northern Irish, and indeed other Pulmonary fibrosis sufferers from other parts of the UK, should not be forced to wait any longer for the treatment they need."