DUP Leader Sir Jeffrey Donaldson has pressed the Government to honour the commitment made by the previous Prime Minister that households in Northern Ireland would receive their £400 energy payment in November, and certainly before Christmas. 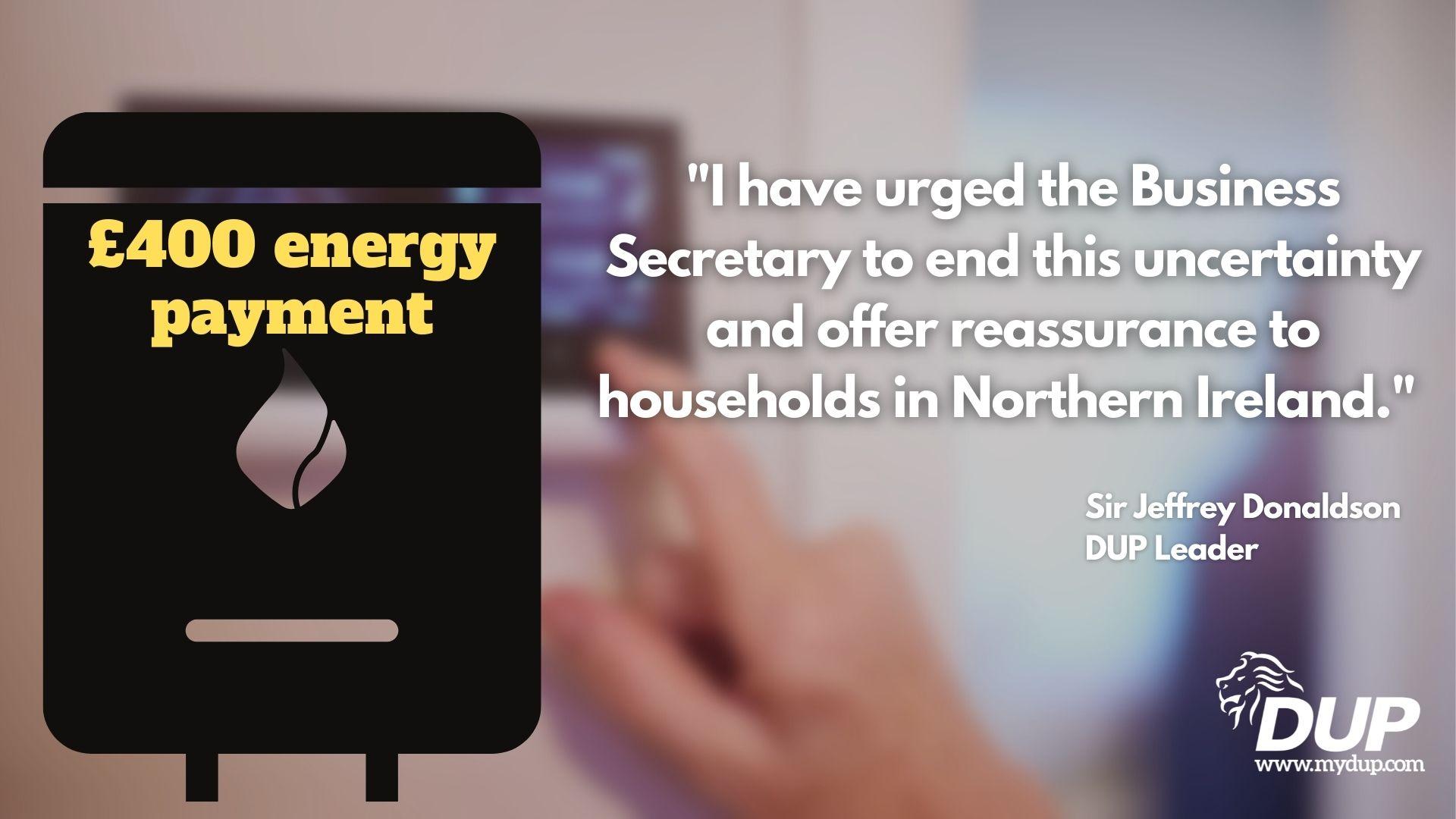 He was speaking after a meeting today with the Secretary of State for Business, Energy and Industrial Strategy.

Sir Jeffrey said, "The cost of living crisis is impacting families across every corner of the United Kingdom, and it is vital that the support from our UK Government benefits all those families equally.

The previous Prime Minister was clear in her commitment that households in Northern Ireland would receive the £400 energy bill discount in November. The current Prime Minister has also been very clear in his resolve to ensure that the UK will support those in need during this crisis.

Comments from the Utility Regulator that payments may not be made until January have caused great concern for many people and the Government must act to reassure people in this part of the United Kingdom. Given the delay and the urgency, the £400 should also be made as a single payment rather than in a number of instalments.

I have urged the Business Secretary to end this uncertainty and offer reassurance to households in Northern Ireland. As we approach ever-darker and colder days, the need for energy support increases. We are already in the midst of this crisis and people must have certainty when they attempt to prepare their family budget."