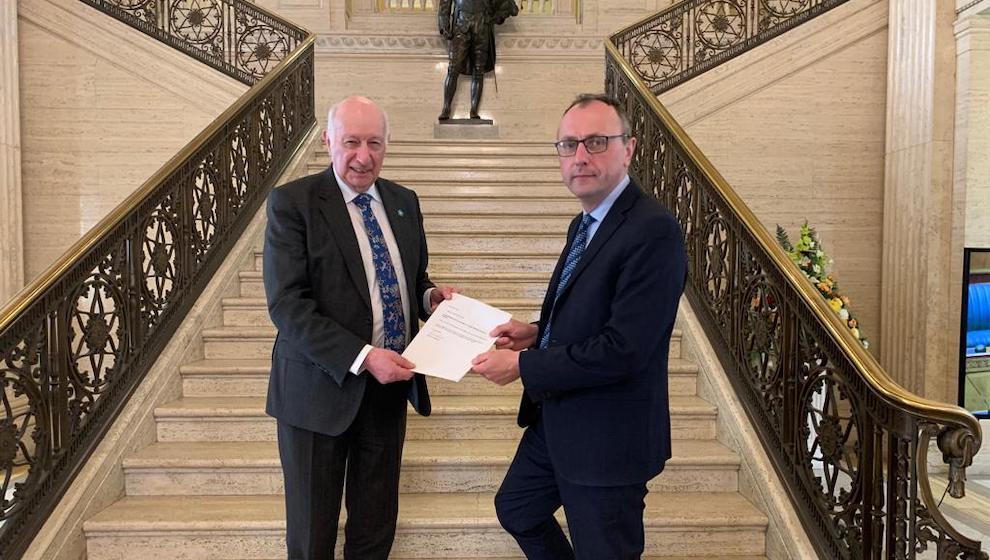 Equivalent legislation is already in place in England meaning anyone wishing to get a new puppy or kitten must buy direct from a breeder or consider adopting from a rescue centre instead. Licenced dog breeders are required to show puppies interacting with their mothers in their place of birth. If a business sells puppies or kittens without a licence, they could receive an unlimited fine or up to six months in prison.

The law is named after Lucy, a Cavalier King Charles Spaniel who was rescued from a puppy farm where she was subjected to terrible conditions.

Keith Buchanan said, “I want to pay tribute to Robin Newton for all his work in drafting and consulting on this legislation. His commitment to animal welfare is matched by few others in the Assembly, but unfortunately the legislative programme within the Assembly has been exceptionally crowded due to the shortened timescale during this mandate and the necessary focus on Covid-19.

There is widespread support for this bill from both animal welfare charities, several local Councils and the wider public in Northern Ireland. Any legitimate breeder who is treating their animals with care and compassion has nothing to fear from this legislation. It is aimed at those unscrupulous puppy farmers who not only mistreat animals but mislead the public by selling them animals which are often suffering from considerable health issues or other complications.

I want to see this Bill come before the Assembly at the earliest opportunity after the election. We have already seen this law introduced in other parts of the United Kingdom so we can see the effect It has in operation. I want to give the Assembly a real opportunity to take a stand against animal cruelty, give protection to the animals involved and reassurance to anyone who is buying a much-wanted family pet.”