DUP MLA Gordon Lyons has said the recalled sitting of the Assembly was another political stunt and called on the UK Government to get on with delivering the UK-wide assistance to all parts of the UK, including the Energy Support Payments 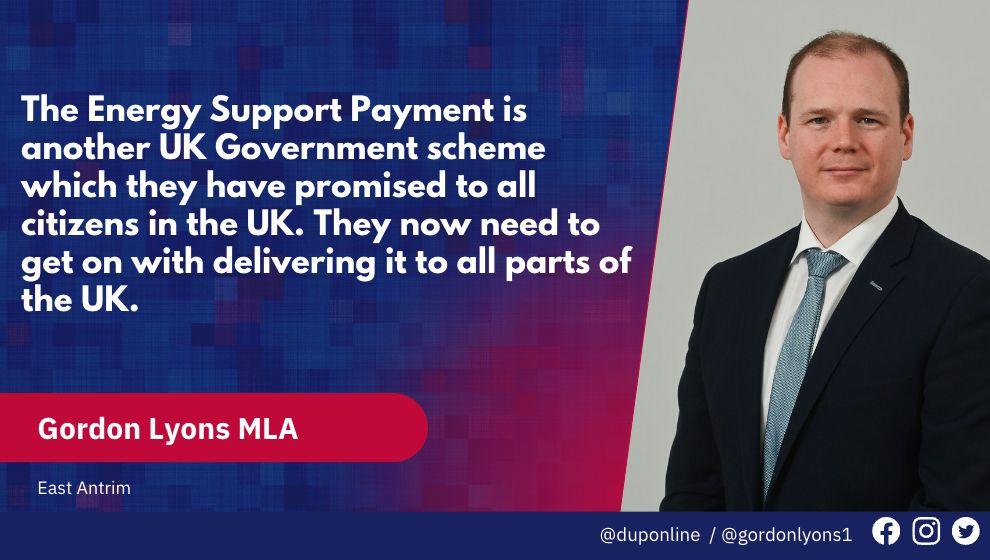 Speaking after the Assembly sitting he said,

“Each time the Assembly has been recalled it has been a political stunt, but this one had an additional benefit for Sinn Fein. It provided a useful attempt to distract from ongoing proceedings in the Special Criminal Court in Dublin and the allegations made there about Sinn Fein’s links to gangsterism and crime.

The cost of living crisis is impacting every single person in Northern Ireland, but Sinn Fein also recognised how this could be best tackled when Conor Murphy said in July that “the levers which can make the biggest difference sit with the UK Government” when he penned a joint letter along with the Scottish and Welsh Finance Ministers.

The United Kingdom Government has delivered additional support. Each of those has been delivered on a UK-wide basis, including the Energy Price Guarantee which was administered despite energy being devolved in Northern Ireland and the fact we have a different energy market to Great Britain. The Energy Support Payment is another UK Government scheme which they have promised to all citizens in the UK. They now need to get on with delivering it to all parts of the UK.

When that happens, we will not be found wanting. We will elect and Speaker and we will nominate Ministers.“