“A Bill which has placed ideology above education” Dodds

“We all support integration and children being educated together but this bill is more about what sign is above the door than the diversity of the classroom. 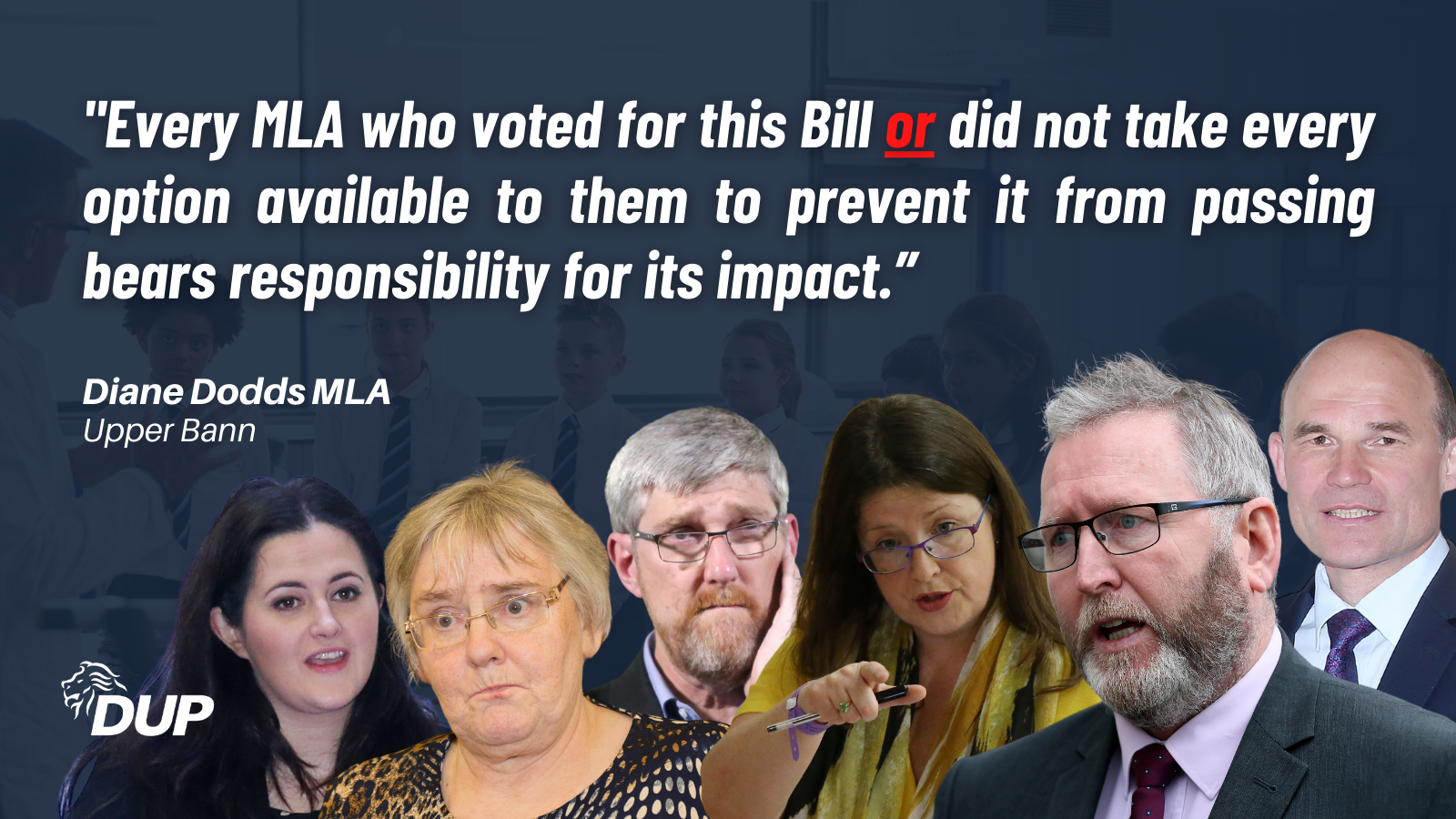 The Integrated Education Bill is not just flawed and defective legislation but it has been a Bill driven through with an arrogance and a desire to put ideology above education.

Every criticism of this bill was rejected with an arrogant and dismissive claim that such concerns were based on a lack of understanding. Rather than deal with criticisms it was easier for the Alliance Party to claim that the Council for Catholic Maintained Schools, the Controlled Sectoral Support Council, the Governing Bodies Association, the Catholic Schools Trustee Service, the Transferors Representative Council, school principals, teachers, parents and the wider public simply couldn't understand what was being proposed. Even legal advice about the detrimental impact of the Bill was haughtily rejected.

The overwhelming legal requirement on any existing or future integrated school under this legislation is to deliver classes which have the defined mix of religious and socio-economic backgrounds. Many of those integrated schools simply won't be able to meet that requirement, particularly for Key Stage 4 and Post-16 aged pupils. For the Alliance Party however it would appear that policing the make-up of a child's class is more important than what they are actually taught within it.

The education of many children in Integrated Schools will be disadvantaged, whilst the children in every other sector will be impacted by the diversion of funding towards that sector. It is rare that legislation can have so many negative impacts, even on those whom it specifically seeks to prioritise.

Every MLA who either voted for this Bill or who did not take every option available to them to prevent it from passing bear responsibility for its impact.”