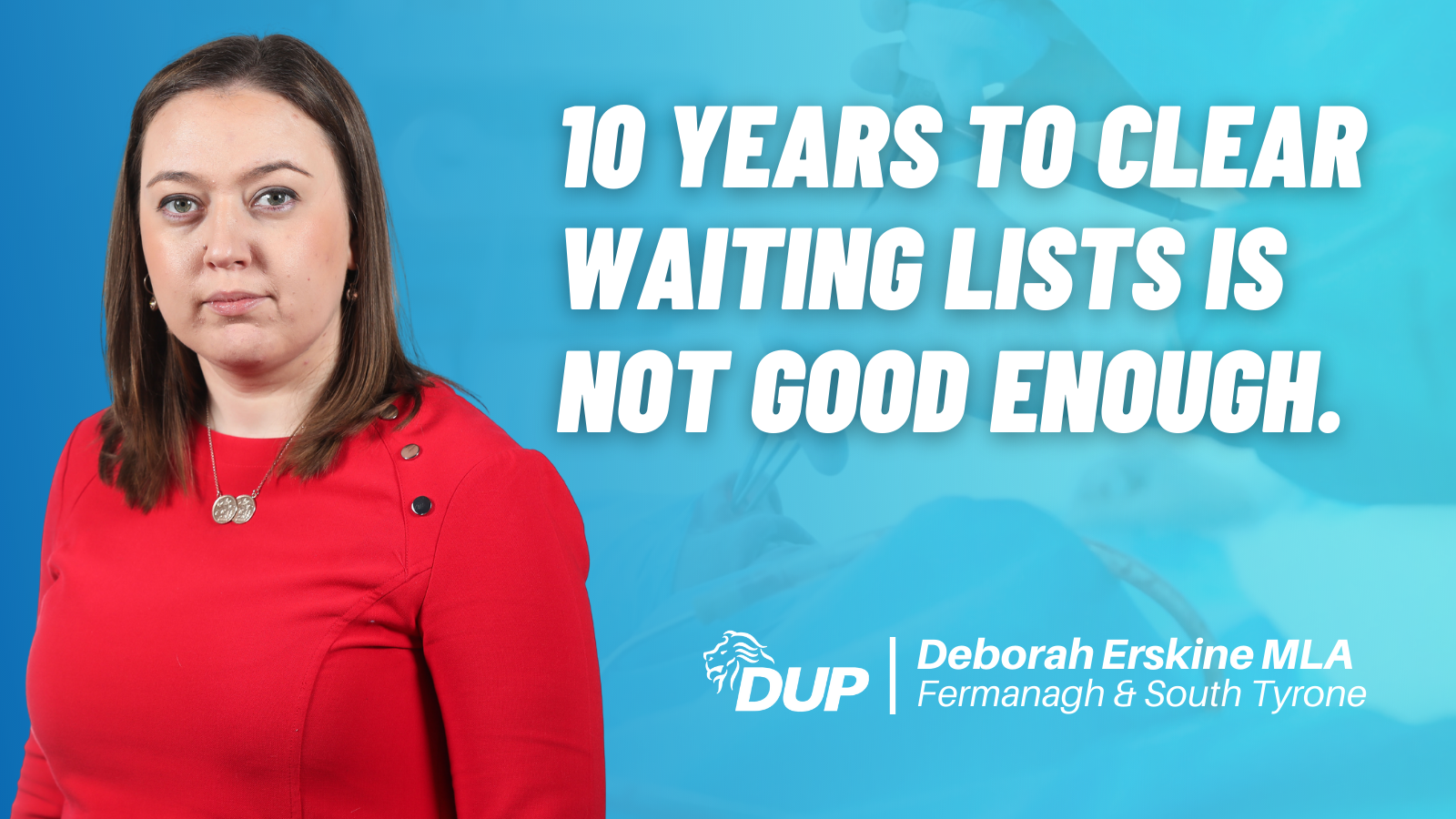 The Fermanagh and South Tyrone MLA said the nearly 430,000 people waiting for surgical appointments or treatments were being failed by a broken health care system.

“A report by the Royal College of Surgeons highlighted the stark reality of the crisis in our health care system. Nearly 430,000 people are waiting for either a surgical appointment or treatment.

In December 2021, over 50% of patients in Northern Ireland have been waiting longer than a year just to get an appointment. They are being failed by a health care system that is broken.

As highlighted by an advisor to the Royal College of Surgeons, “If you’re 80 years of age now and going on some of our waiting lists for a hip replacement, there is a potential that you may not survive long enough to get that hip replacement.”

This is a shocking indictment of the current system and the failure by the Department of Health to publish and put in place the Orthopaedic Recovery Plan, which was promised last summer, has exacerbated the current crisis.

The claim by the Minister that it will take 10 years to clear the current waiting lists, is simply not good enough. The people of Northern Ireland deserve better. They deserve a plan to deliver a first-class health service, not more of the same.

That is why, the DUP has a plan to fix our health service. To drive down waiting lists, to implement long overdue reforms and to invest in our workforce. A plan to deliver better for all the people of Northern Ireland.”