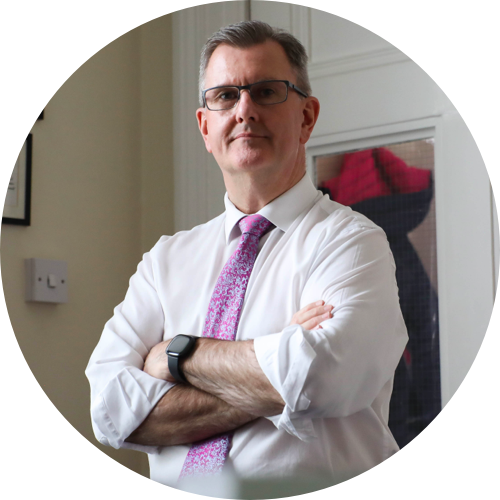 In 1997 Sir Jeffrey was elected as the Member of Parliament for Lagan Valley and he has been re-elected at every subsequent election. He is Northern Ireland’s longest serving sitting MP.

In 2003 Sir Jeffrey was elected to the Northern Ireland Assembly and represented Lagan Valley at Stormont until he stepped down in 2010. Whilst an Assembly Member Sir Jeffrey served as Chairman of the Assembly & Executive Review Committee and subsequently as a Junior Minister in the Office of First Minister and Deputy First Minister with special responsibility for issues including children and young people, policy on older people and support for the victims of terrorism.

Sir Jeffrey has been elected by the people of Lagan Valley seven times, most recently in 2019.

Need for progress on Dáithí's Law is vital