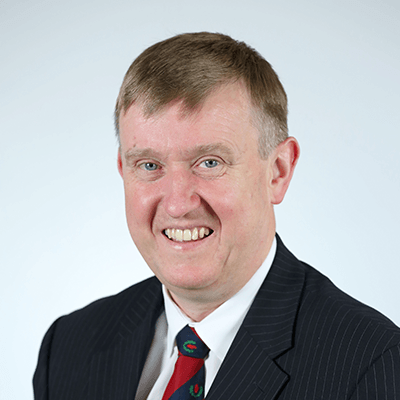 Mervyn was born in Armoy, County Antrim on 4 September 1964. Storey was educated at Armoy Primary School and at Ballymoney High School. On leaving school in 1980 he worked in a bacon factory, rising to production manager. In 2000 he left the company and joined Ian Paisley's constituency office in Ballymena.

Mervyn was first elected to Ballymoney Borough Council in 2001 and has held the position of Vice Chairman of the Economic Development Committee. He served as the Chair of the Education Committee until he was appointed as Minister for Social Development in September 2014.

This is Mervyn’s fifth term as Assembly Member for North Antrim having been successfully returned in 2017.

Since 2020, Mervyn has been the Chairperson on the Assembly and Executive Review Committee. He is also a member on the All-Party groups concerning disability, housing and carers.