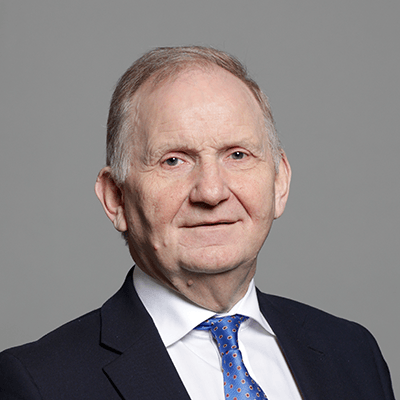 Lord Morrow has served as Chairman of the DUP since 2000, and in 2006 he was made a Life Peer. After attending Ballygawley Primary School, Dungannon Secondary and Dungannon Technical College, he pursued a career as an estate agent, before entering public life.

His political career began in 1973 when he was elected to Dungannon District Council. He served as a Member of the Northern Ireland Assembly from 1998 until 2017. In 2000 he became Minister for Social Development in the Northern Ireland Executive, a position held until October 2001.

Lord Morrow is married and has two daughters and maintains an interest in rural development.