Weir - “SF divisive border poll is not where people are focused”

On the final sitting day of the Northern Ireland Assembly in this mandate, the DUP’s Strangford MLA Peter Weir said the election campaign should focus on what matters to people rather than Sinn Fein’s divisive plans for a border poll. 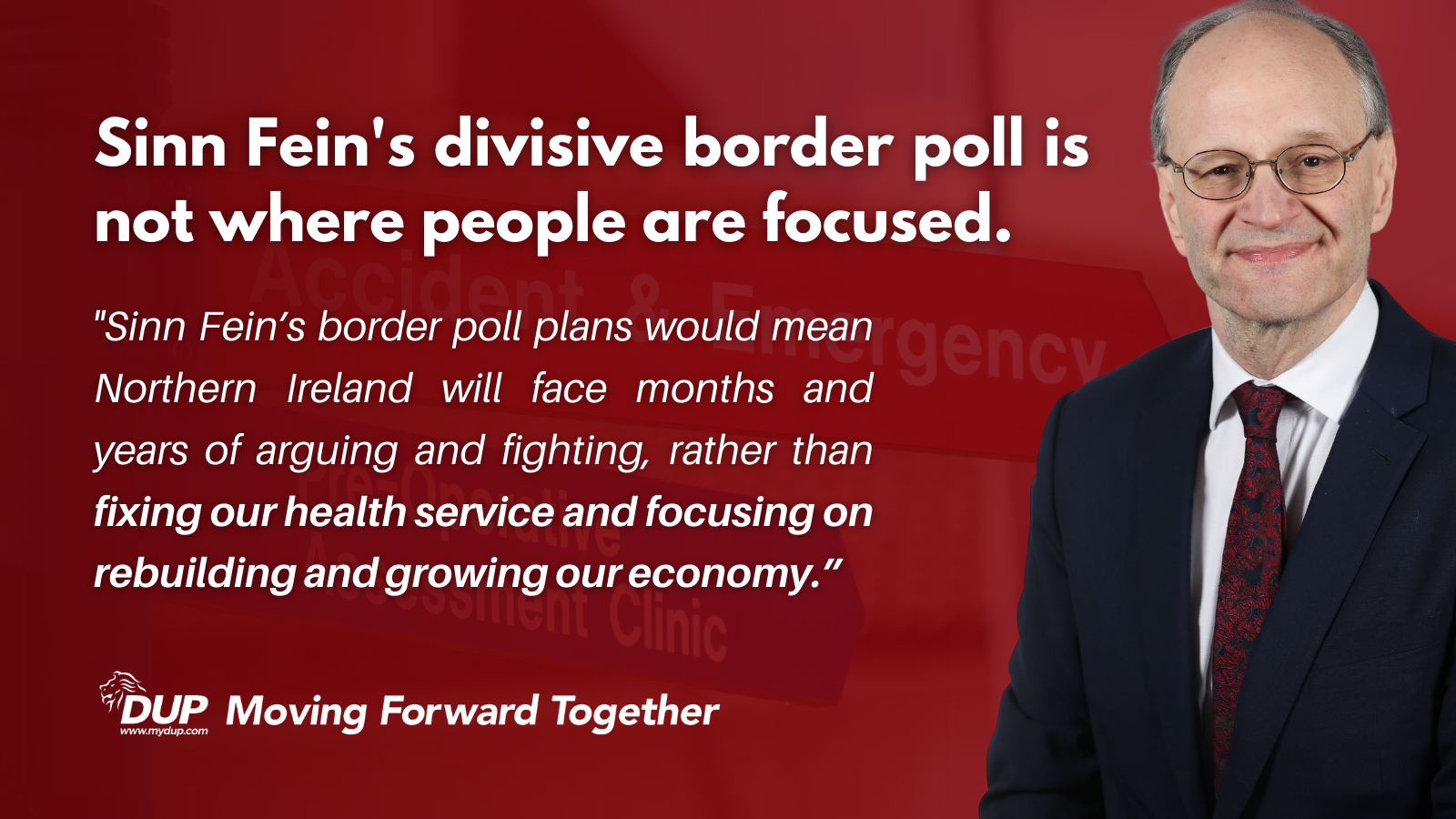 “I have already knocked hundreds of doors and people are welcoming Our Five Point-Plan for Northern Ireland. Over the last five years, the DUP has fought for and delivered more for health services, greater investment in infrastructure, more jobs and improvements to education. But we have more to do.

Our Five-Point Plan for Northern Ireland will build a better future within the Union, by supporting and boosting our National Health Service, growing our economy and creating jobs, tackling the cost-of-living crisis, securing a better education system and negotiating the removal of the Irish Sea border.

Meanwhile, Sinn Fein’s plan is to hold a divisive border poll. Michelle O’Neill and Mary Lou McDonald spent their time in America on St Patrick’s Day beating the drum for a border poll. Last week Sinn Fein spent hundreds of thousands of dollars on half page advertisements in the New York Times, the Washington Post as well as others claiming now was the time for a border poll.

Now is not the time for more division and uncertainty. That is why this election is so important. It is the most important in my lifetime and will decide the future direction of Northern Ireland.

Sinn Fein’s border poll plans would mean Northern Ireland will face months and years of arguing and fighting, rather than fixing our health service and focusing on rebuilding and growing our economy.”