We must stand united: Donaldson

DUP Leader Sir Jeffrey Donaldson has said there is ‘unwavering’ support among the electorate for Unionist leaders standing together in opposition to the Northern Ireland Protocol. 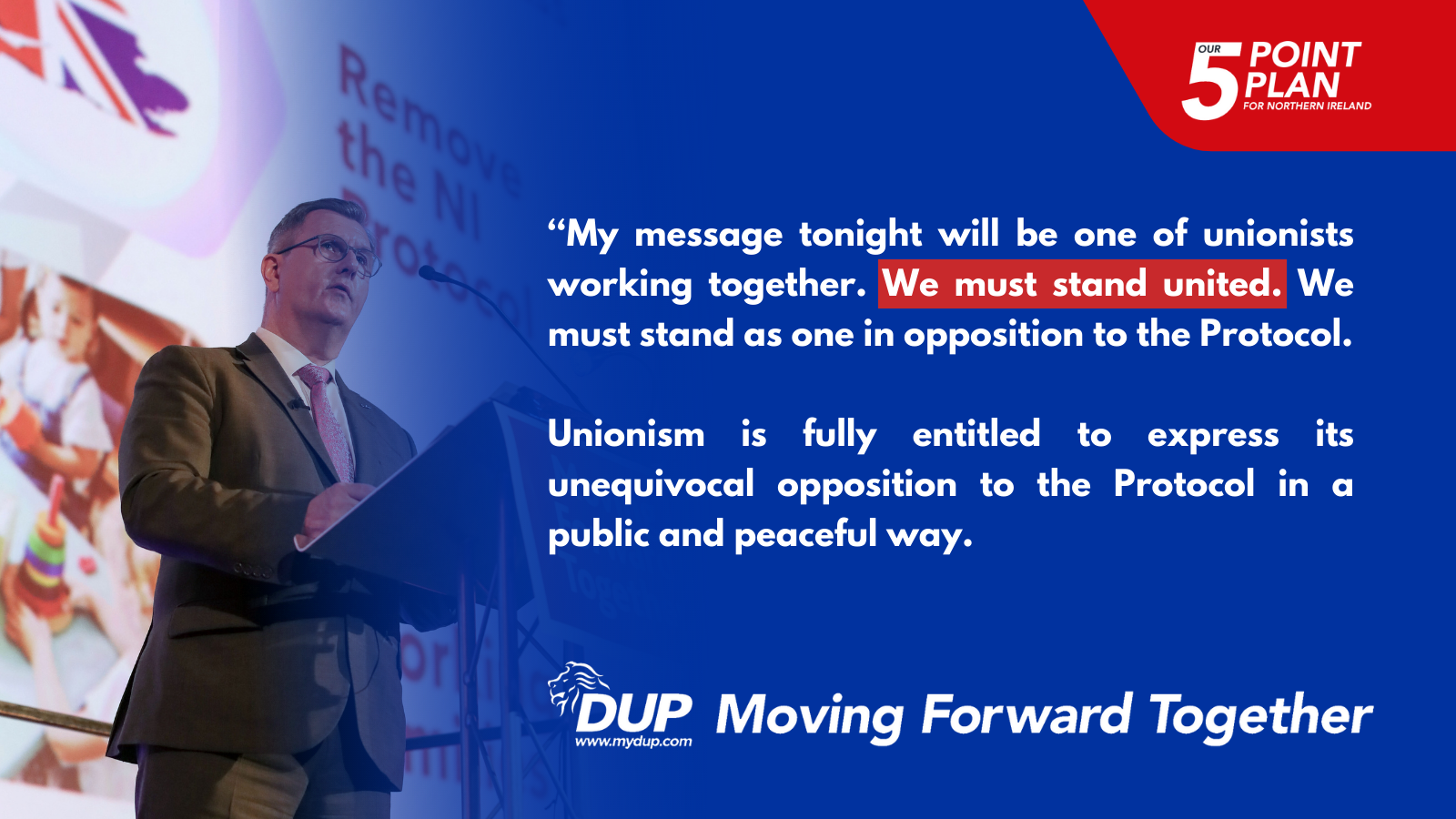 Speaking in advance of an anti-Protocol rally in Lurgan on Friday evening, Sir Jeffrey said:

Unionism is fully entitled to express its unequivocal opposition to the Protocol in a public and peaceful way. I look forward to joining other unionists at tonight’s event and reiterating the DUP’s commitment to removing these arrangements.

The Protocol has undemocratically altered Northern Ireland’s constitutional position and dealt a hammer blow to prosperity in all corners of our Province. It is now 27% more expensive to transport goods into Northern Ireland from Great Britain. Millions of pounds are being lost from our economy each week. With the cost-of-living crisis and end of grace periods on the horizon, the situation is even more bleak.

Not a single unionist representative supports the Irish Sea border. Indeed, it was cynically devised in spite of our concerns. More than that, it creates a democratic deficit for everyone in Northern Ireland. In the past two years, Brussels has imposed more legislation in our Province than the Northern Ireland Assembly and with no local consent. That is unacceptable.

Our opponents see the election on 5th May as an opportunity to weaken Unionism and divide the anti-Protocol cause. If they succeed, they will use the result to justify the status quo and force the Government to do nothing. We cannot allow that to happen. It is critical that our families go the polls and transfer down the Unionist ticket.

Removing the Protocol is at the heart of my 5-Point Plan to ensure Northern Ireland’s place in the Union is secured and our political and economic future protected. I have made it clear that the formation of a new Executive after 5th May will depend on the Government taking steps to remove the Protocol and find sustainable alternative arrangements that command the support of Unionism.

It is not surprising that Sinn Fein are pushing for a border poll at this election. The Protocol has attacked many of the benefits of being in the Union - free trade, a fully-resourced NHS and a high standard of living.

Let the enduring message sent out from Lurgan tonight not be about who did or didn’t attend but rather about unionists standing together in principled and united opposition to these arrangements.’’