The passing of HM Queen Elizabeth 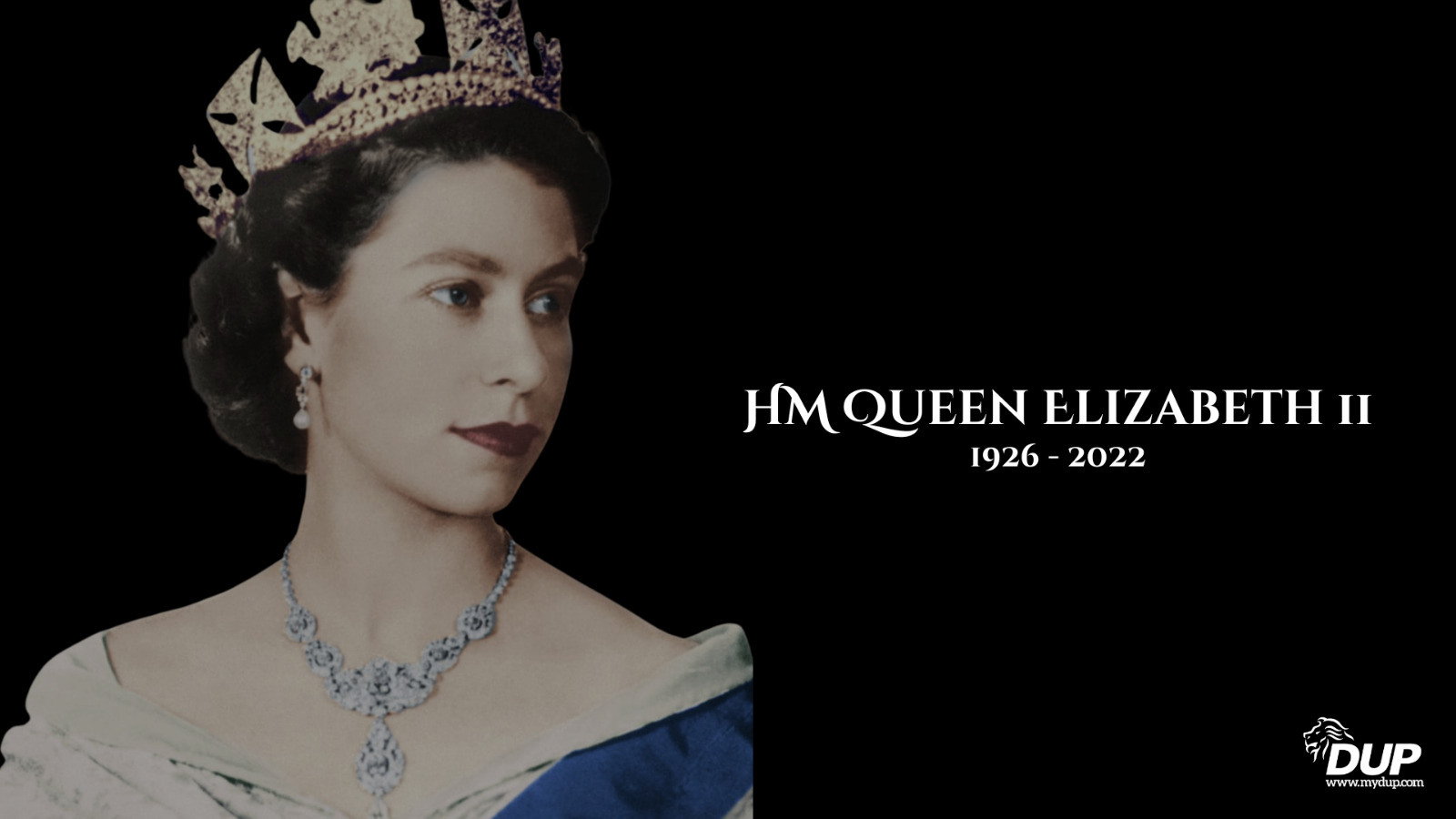 “Her Majesty The Queen has been a steadfast and unshakeable Head of State for the United Kingdom and the Commonwealth.

Her gracious approach has been a constant throughout our lives.

In 1952 during her first Christmas broadcast Queen Elizabeth II asked the nation to pray “that God may give me wisdom and strength to carry out the solemn promises I shall be making, and that I may faithfully serve Him and you, all the days of my life.”

Today we mourn Her Majesty’s death, but we do so with tremendous honour for one who served God and her people faithfully.

I remember with fondness her speech in 2011 where she again referred to her Christian convictions and reminded us that forgiveness lies at the heart of her faith and that “it can reconcile divided communities.”

Her Majesty led by example in Northern Ireland and reached out the hand of friendship to help with the reconciliation process. We are duty bound to build on that foundation.

The Royal visit to the Republic of Ireland was ground-breaking and the warmth with which Her Majesty was received demonstrated that she was revered and respected far beyond the United Kingdom.

Her visits to my constituency in Royal Hillsborough invoke precious memories for the residents and for all of us and I know her death will be felt acutely in that village.

Today we pray for the Royal Family as they mourn the passing of a mother, grand-mother and great-grand-mother.”