North Antrim DUP MLA Mervyn Storey has congratulated Dunloy Accordion Band on another major milestone as it celebrates 65 years since its formation. 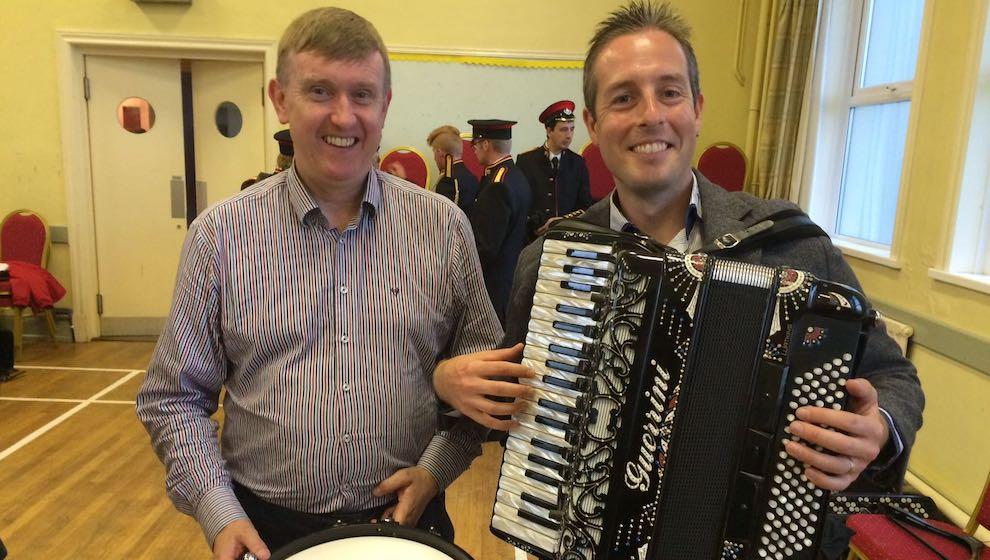 Commenting, ahead of the bands Annual Parade in Ballymoney on Saturday evening Mr Storey said:

‘‘Dunloy Accordion Band is not just a cherished local institution but a hugely respected member of the bands community in Northern Ireland.

I want to wish its members and supporters every blessing as they mark its 65th anniversary, and thank them for the countless hours of enjoyment that they have given to many thousands of people over the years. We are proud of your success.

Such is its reputation for talent and dedication throughout the years, the band continues to draw a wide membership from right across our Province, often spanning consecutive generations in the same family. Its annual parade is also one of the largest and popular fixtures in the annual band calendar.

Having already showcased their talent and our local community on the domestic and international stages, it is testament to the attitude of its leaders and members that this shows no signs of slowing down. I know plans are already underway for the band to travel to the Somme to perform and this will be another exciting chapter for the Band as it marks this major milestone.

I want to extend my best wishes to Dunloy on this special occasion and wish them every continued success in the months and years ahead.’’