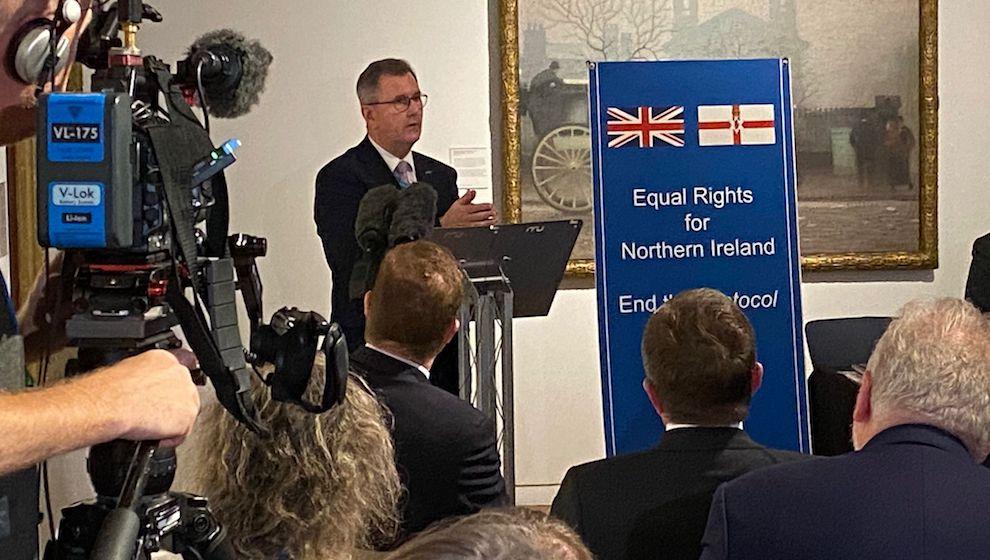 "Today's event demonstrated clear and united opposition to the Northern Ireland Protocol from across the unionist community in Northern Ireland. Last week there was a similar position across all unionist parties when the unionist declaration was launched. I want to build on and maximise that level of co-operation.

It is important that members of the Conservative and Unionist Party are fully informed of both the economic and constitutional damage that is being wrought by the Protocol. It is not just the £850million that the Protocol is costing the Northern Ireland economy, but the impact on our place within the United Kingdom.

The Government's Command paper in July demonstrates that it does understand its impact, and again in the last few days we have heard that the conditions for triggering Article 16 have already been satisfied.

The time for action is now, and whilst there also appears to be movement on the part of the European Union, it is not yet clear whether this will be far enough or ffast enough. Not a single elected unionist in Northern Ireland supports the Protocol yet Brussels and Dublin still argue it is needed to protect the Belfast Agreement. It is damaging people and it is damaging the Union. The Irish Sea border must go.”