DUP Leader Sir Jeffrey Donaldson has called for tougher sentences to be imposed on those found guilty of attacking healthcare staff. His comments follow figures showing that such attacks have risen sharply during the pandemic. 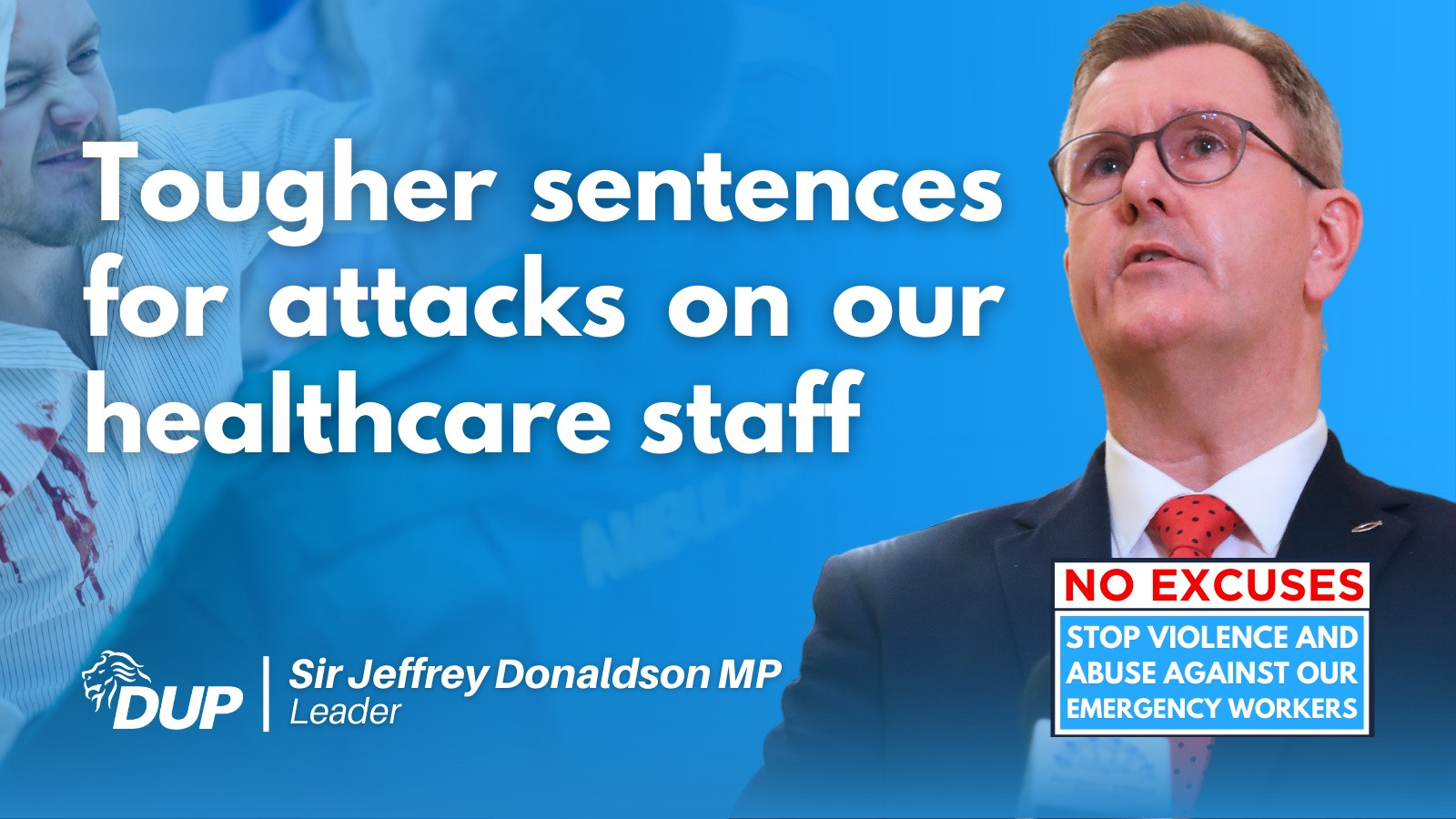 Sir Jeffrey said, "It has been a DUP manifesto commitment since 2016 to support tougher sentences for attacks on healthcare workers such as paramedics and others. In September 2020 DUP MLAs also brought forward a call to the Northern Ireland Assembly calling for tougher custodial sentences for those convicted of attacks on emergency workers, including front-line healthcare staff.

There can never be any excuse for abuse targeted towards any public servant but given the service of our healthcare staff during the pandemic it beggars belief that people would engage in such behaviour. As a society we must demonstrate the value we place on people who perform such a vital role for us, and one part of that must be to ensure adequate sentences are handed down to anyone found guilty of such attacks.

Our front-line staff should go to work with the confidence that any attack on them will receive the punishment it deserves.”