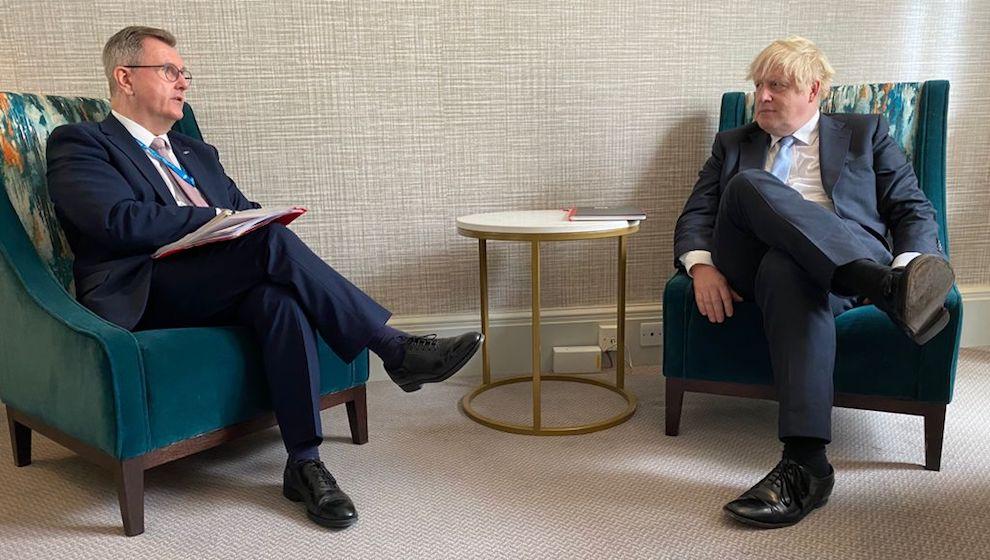 “It’s time for action from Downing Street. The longer this Protocol stays, the more harm it is inflicting on our economy and the Union.

I reminded the Prime Minister that if there is no action to remove the Irish Sea Border then we will have no option but to ask the voters in Northern Ireland for their verdict.

This Protocol is harming the Union and our economy. It must be rejected and replaced by arrangements which fully respect Northern Ireland’s position as a constituent and integral part of the United Kingdom.”