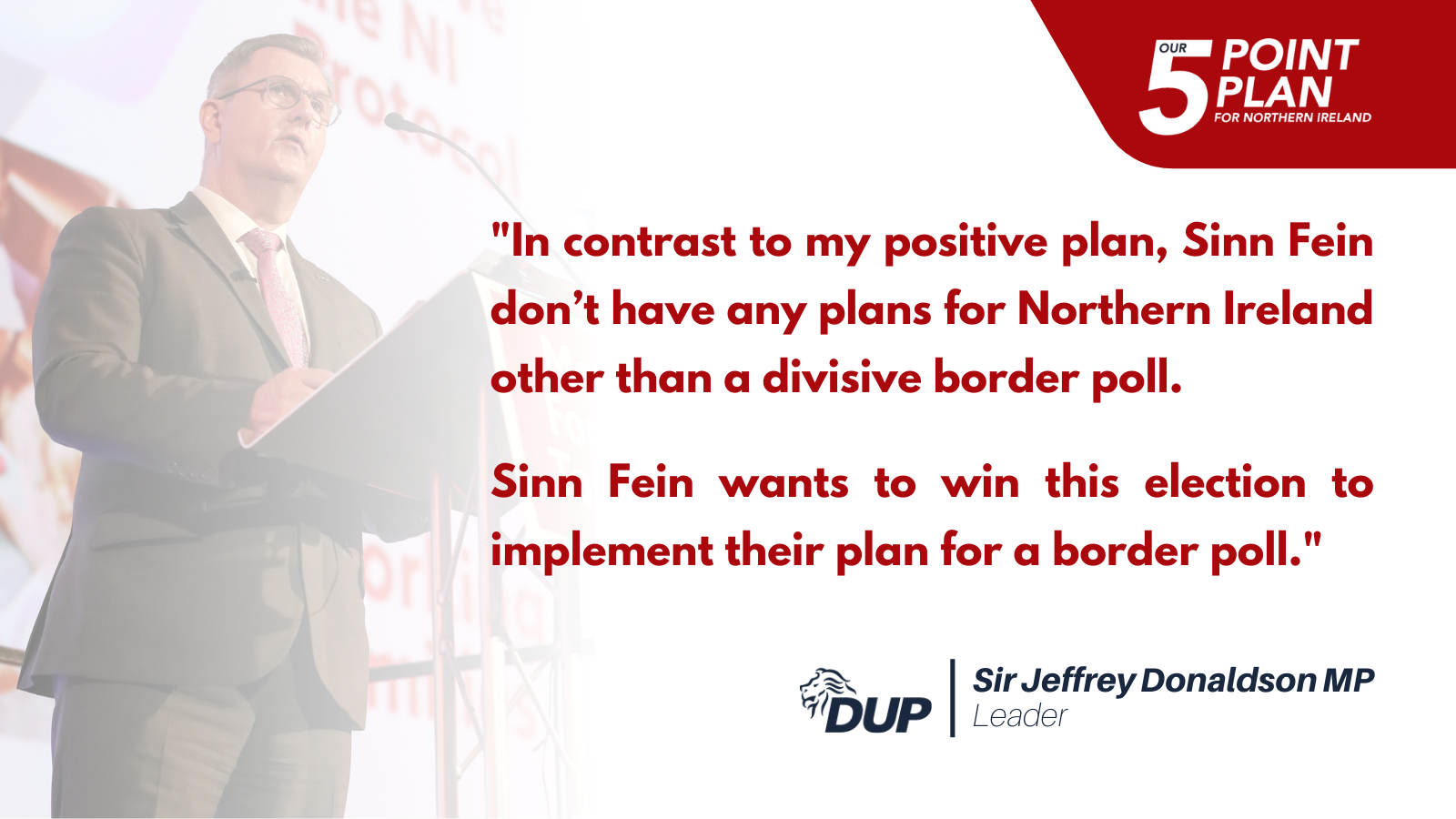 “Only two weeks ago Mary Lou and Michelle O’Neill toured Capitol Hill offices talking about their divisive border poll plans and Sinn Fein spent tens of thousands of dollars on advertisements in the New York Times and Washington Post promoting a border poll.

Sinn Fein should be honest with people of Northern Ireland. Michelle O’Neill is on the record as saying she wants a divisive border poll in 2023. In Milltown cemetery on 1 April 2018 Michelle O’Neill said "Sinn Fein believes there should be a referendum vote on Irish unity within the next five years."

Indeed only last year on 23 April Michelle O’Neill told RTE that “Now is exactly the right time to talk about Irish Unity.”

Sinn Fein telling us they’ve paused their border poll plans is like Gerry Adams telling us he wasn’t in the IRA.

I want to focus on what matters. That’s why I’ve launched my five-point plan to build a better future for Northern Ireland within the Union, by fixing our National Health Service and investing £1 billion more in it, growing our economy and creating 20,000 jobs in the next 5 years, helping working families by delivering 30 hours free childcare per week and tackling the cost of living crisis, keeping our schools world-class, and working to remove the Irish Sea border.

In contrast to my positive plan, Sinn Fein don’t have any plans for Northern Ireland other than a divisive border poll. Sinn Fein wants to win this election to implement their plan for a border poll.

The DUP is the only party that can stop Sinn Fein’s border poll plans. A first preference vote for any party other than the DUP will divide and weaken the unionist cause and help Sinn Fein win and deliver on their border poll plan.”